Well of wonders is a game of chance that is difficult to attribute to any particular genre. The creators call it a video slot, but in the process of testing you will see for yourself that it has practically nothing to do with conventional machines. There are no active lines, reels or other attributes of gaming machines. The goal is to get from three identical stones, departing at the beginning of the round from the magic well. 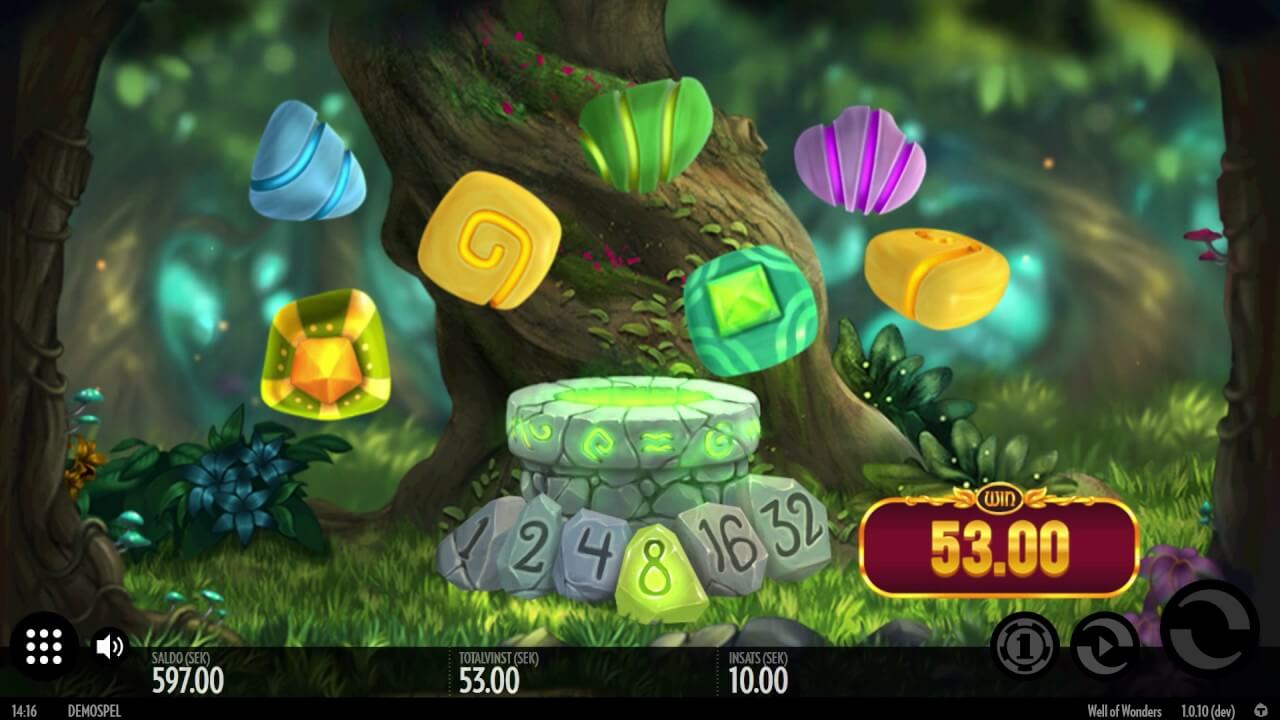 The bid for the round varies according to your desire in the range of ten cents to one hundred euros. The player’s actions boil down to choosing the amount he wants to bet, and then press the start button. Then seven stones arise from the well, floating in the air. If at least three of them are the same, the payment is charged. Their location on the screen does not matter.

Then these stones disappear, and new elements appear in their place. When the combination is re-formed, the standard payout doubles. At the next stage, it is again doubled - and so on until x32. For each of the possible chains there is a separate coefficient for calculating the winnings. At a rate of one euro payments can be from 0.20 to 50 euros.

There are nine ordinary stones. They differ in color, shape and carving. All elements form a paid sequence of three to seven identical items. Also used joker:

The following are additional prizes:

The coin image opens the bet selection panel. The round buttons on the right begin the round in manual or automatic mode. A button with nine dots on the left gives access to the pay table and help with a description of the rules. Settings are limited by the ability to turn off the sound and choose a convenient screen size.

Well of Wonders can be recommended to fans of non-standard gambling entertainment on the Internet. The advantages of the model are unusual gameplay, a large number of payouts, interesting bonuses and excellent design with vivid animation effects.