The game has five reels, eleven constantly active lines and three rows of pictures on the screen. You can bet directly on the spin, not on separate lines. The range is as follows: 0.10, 0.50, 1, 2, 5, 10, 50, 100 and 250 USD/EUR. Special symbols, repeated spins and other options are available in the video slot. Toki Time is distinguished by the fact that combinations are formed on the active lines from two sides: from left to right, starting from the first drum, and from right to left, starting from the fifth drum. In this case, several identical images should be next to each other. The amount of payment for each of the possible combinations, taking into account the current rate, is indicated in a special table. There is no doubling round in this video slot, so the total winnings accrued for all the combinations that have been formed on the active lines are immediately transferred to the user's account. The theoretical return of the gaming machine specified in the rules is 97.1%. 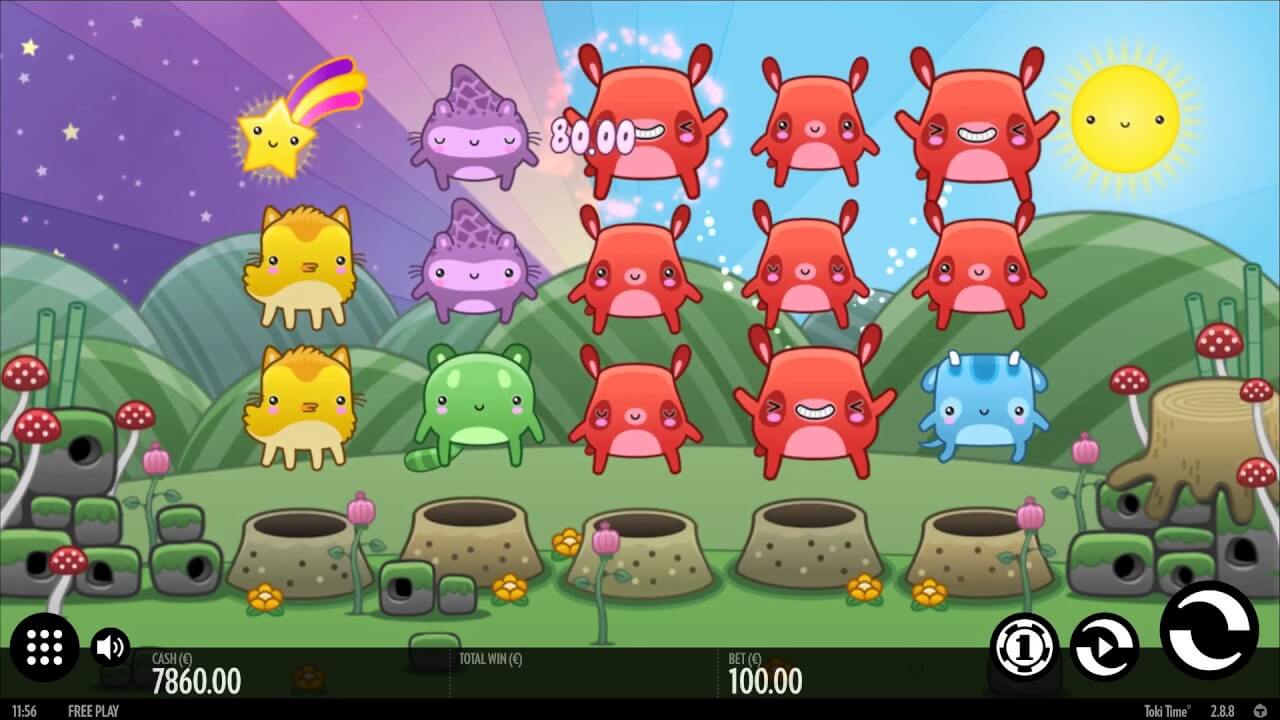 On the reels of the video slot Toki Time various fairy-tale characters are depicted, it makes no sense to describe them. They need to be seen in person. However, there are no drums per se, but the main characters fly out of five holes, pushed out by an unknown force.

There is also a special symbol Wild, stretched across the entire drum. When it appears on the screen, a second spin is started, during which it remains in its place. Wild replaces any other pictures, if it can help to form a combination. You can see it only on the second, third and fourth reels. Respins will continue until new paid chains are formed.

Pay attention to the detailed reference section, in which there are not only rules and odds, but also tabs for choosing the size of bets, user settings and parameters of the automatic game.

The video slot Toki Time is interesting with the principles of the formation of combinations, unusual themes, original graphics, a lot of settings and a user-friendly interface. Although it does not have bonus rounds and other features that are found in some models, it is quite unusual. Let's also not forget that it offers a high level of return.