Sunset Delight is a three-reel slot machine in the form of ice cream in waffle cups. In each of them there are vertically placed three balls representing the elements forming the combinations. So there are nine of them (3x3) on the screen. The device has five active bands. They are always involved, and it is not allowed to change their number. They are accepted equal rates in the range from two cents to twenty dollars. You will determine the amount you want to put on the round in a special window where the range from 0.10 to 100 credits is offered. The video slot has simple pictures, special symbols and free spins with interesting additional features. Normal images make up winning sequences of three identical elements that should appear on any of the five active bands. More than five chains of basic images in one back cannot be. 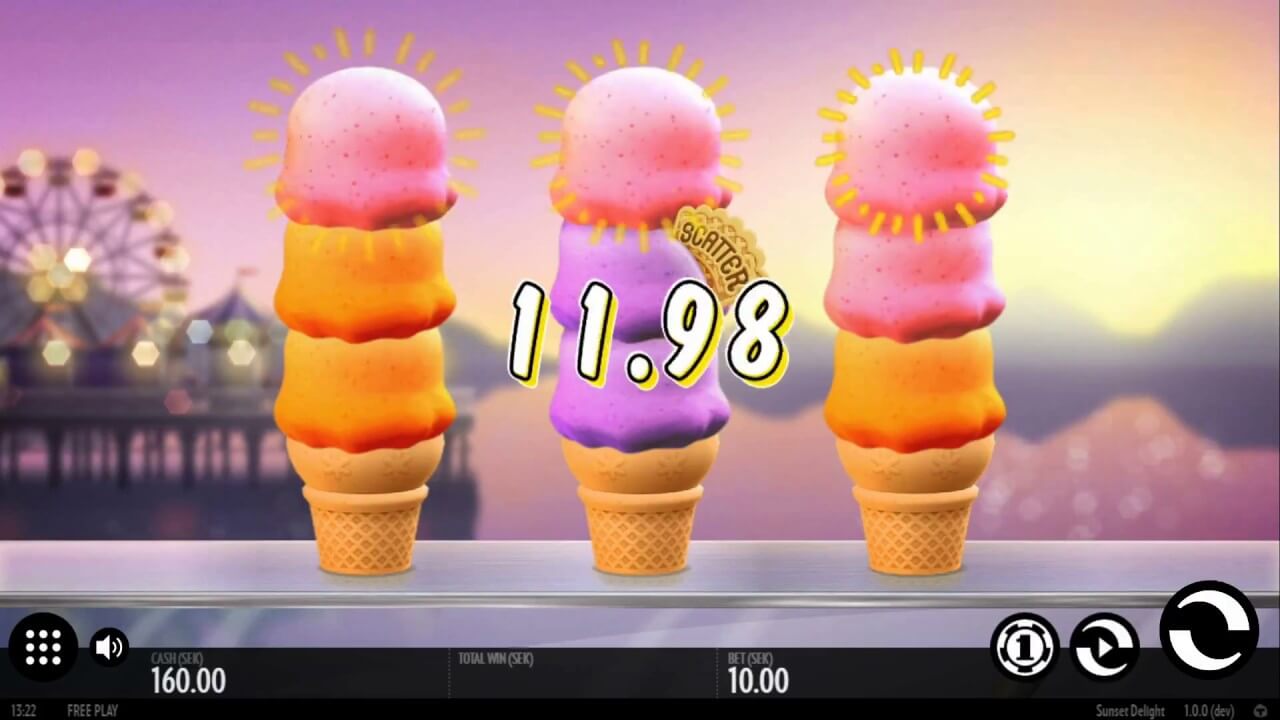 The payout amount is calculated by multiplying the line bet by the coefficient of the resulting combination. All of them are listed in the table, where the values from x5 to x75 are indicated. If there are several chains at once, the credits are summed up. Double game in Sunset Delight is not offered.

In the role of game images used in the slot, serve colorful ice cream balls. One column can fill the same elements. Special functions are performed by the following symbols:

There is a bonus round in the slot machine:

There are almost no inscriptions on the online slot screen, and all the buttons are made so that their purpose is understandable even to beginners. A new spin is started by the extreme button on the right. She is able to stop the drums before the deadline. To the left is the autogame button. The selection of a bet is made in an additional window, where fourteen positions are provided. A round button with nine dots opens a panel from which you can exit to the paytable and the rules section. There are basic settings and convenient informational windows with actual data on the game.

If you like non-standard video slots with original features, be sure to get acquainted with this game. The device is really interesting and not boring. Especially attract free-spins with non-standard bonus features. The return level of the model is quite high, and the dispersion index is below average.