Stash of the Titans Slot

Stash of the Titans Slot Review

Stash of the Titans has five reels and twenty lines, each of which is allowed to bet from one cent to five dollars. The total bet per spin reaches one hundred dollars. The game has free spins, payout multipliers, special characters and other options. Here are paid combinations that consist of three or more identical symbols located on adjacent drums, including the first on the left. They must be on active lines. The amount of winnings is equal to the bet per line, which is multiplied by the coefficient set by the table (the maximum is x500). 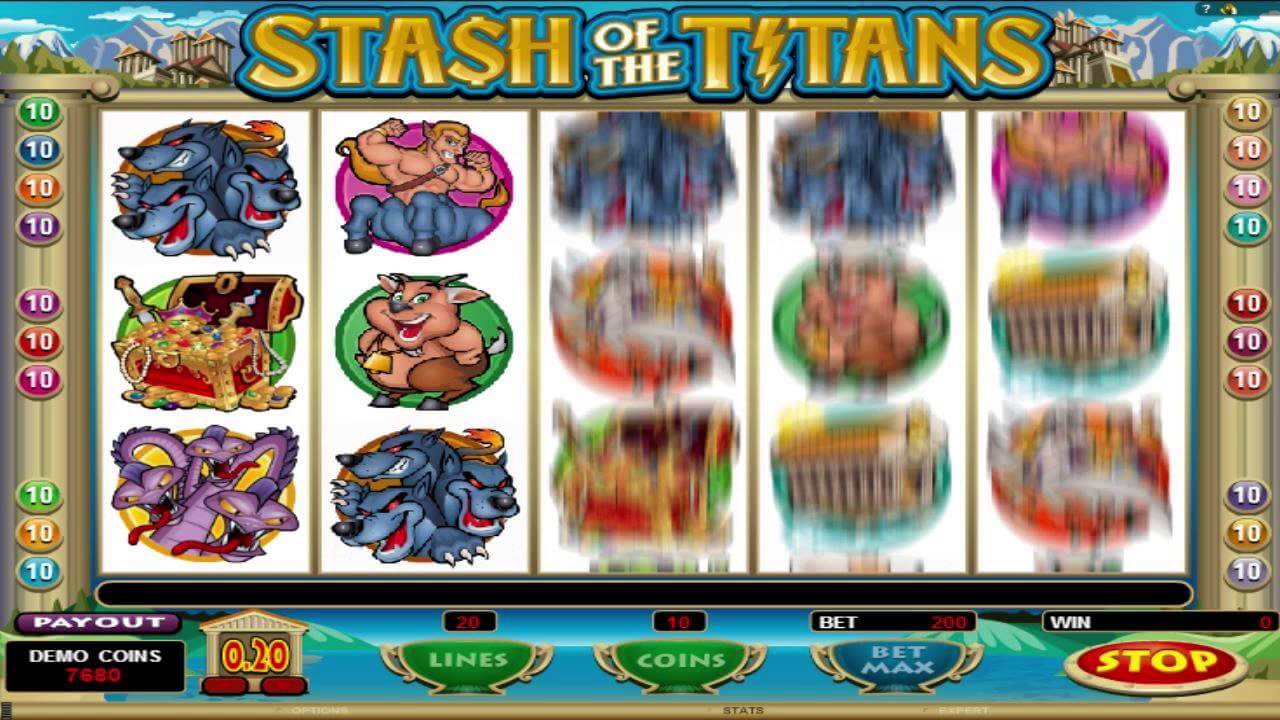 The heroes of Stash of the Titans were the centaur, the three-headed dog Cerberus, the cyclops, the griffin, the dragon with three heads, the brave young man with a bag of gold, riding Pegasus, and other characters. Also on the reels found the image of the temple with a dollar sign and other pictures. The special symbols of the slot are the Substitute (Stash of the Titans logo) and Scatter (Medusa Gorgon). Substitute does not form a combination by itself. It is needed in order to replace other characters (except for Scatter). In addition, each Substitute participating in a combination of other pictures adds a factor x2 to the payment. Consequently, one such symbol doubles the amount of winnings, two times quadrupled, three at six, and so on. For Scatter, paylines do not matter, since combinations from this symbol are paid in any position. If two to five Scatter appears on the screen, you will receive a win in the amount of two, five, ten or fifty total bets per spin. Three or more such symbols mean the beginning of fifteen free spins with a payout multiplier x4.

Slot Stash of the Titans has a very convenient, logical and intuitive interface. It has standard and expert modes, automatic play and basic settings. Also in the device is the statistics of the last gaming session.

It will be interesting to play the Stash of the Titans slot machine for every lover of modern video slots with various options. It has low payout ratios, but the winnings are often multiplied several times due to the Substitute symbol. Free spins are very beneficial for the user, in which payouts are quadrupled.