So Much Candy Slot

So Much Candy Slot Review

You can play this slot machine only on all twenty-five lines, the layout of which is indicated in the pay table. A bet per line can be from one to ten coins in denominations of 0.01, 0.02, 0.05, 0.10 or 0.20 euros. Therefore, from twenty-five cents to fifty euros per round is accepted. So Much Candy has the usual pictures, divided and special (read about them below). Also in the game are free spins and some other options. 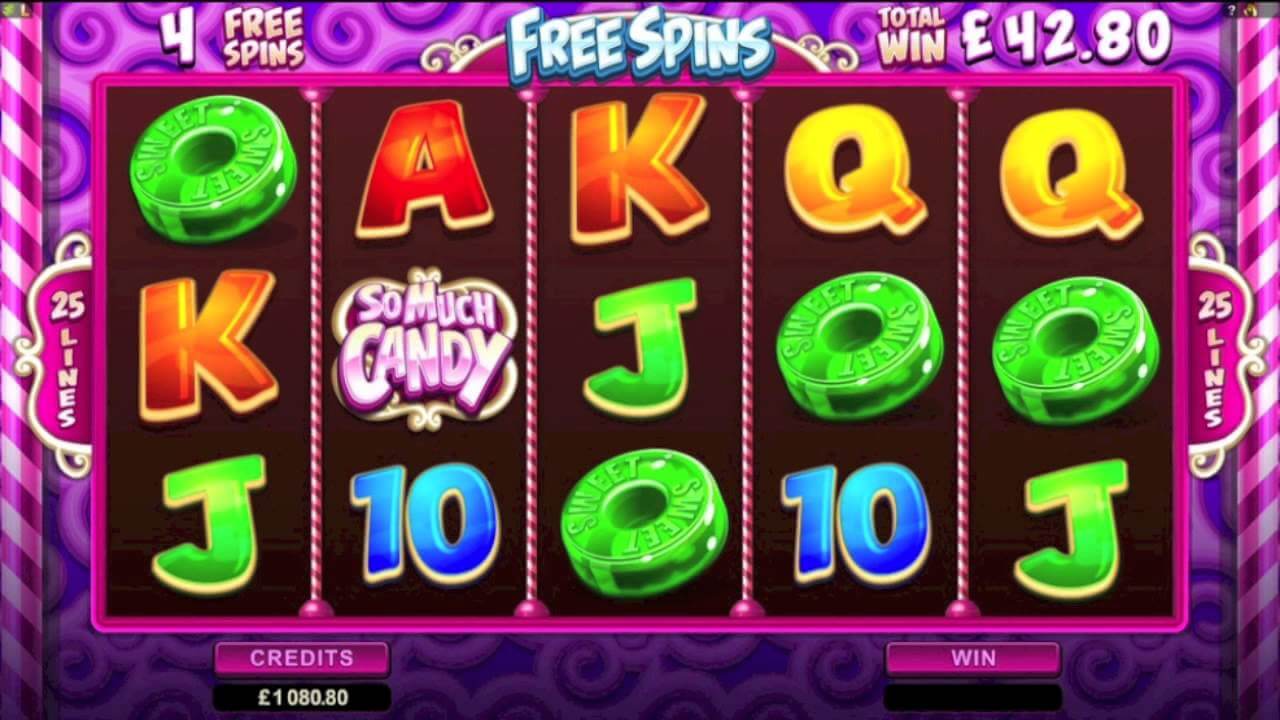 For the formation of winning combinations requires several identical pictures. They should be positioned continuously on the active line, starting with the first drum on the left. In this case, in each sequence, the payment is due only for the highest chain. The amount of winnings is calculated by the combination coefficient by which the line bet is multiplied. The maximum multiplier in this model is x16,000. There are no games for chances, so the total payout accrued on all combinations that were formed after the reels stopped and all functions activated is immediately transferred to the main account.

What is depicted on the reels of the video slot called So Much Candy is not difficult to guess. You will see on the screen various lollipops, as well as letters and numbers drawn in the same style, indicating the denominations of playing cards from ten to ace. Lollipops after stopping the reels can be divided into several elements (from two to five). Accordingly, paid chains can have up to twenty-five images. In addition, in the game there are special symbols Wild and Scatter:

The amount of the bet can be selected immediately on the spin or you can indicate its size in coins and determine the value of the coins. The game has a number of user settings: spin speed, sound settings, balance display units, and so on. The automatic bet mode also has its own settings. Fans of accurate data can keep track of the played rounds (Statistics).

The main advantages of the video slot can be considered split symbols and a round of prize spins with additional functions. The quality of graphics, the convenience of the interface, the availability of settings - all this also applies to the pluses of the model. So Much Candy will not disappoint you, so feel free to test.