Rage to Riches is Play'N GO free slot machine. It has five reels, twenty constantly active lines, special symbols, additional factors, bonus rounds, a risky game of chances and other functions. You can play one or five coins per line on the Rage to Riches slot machine. Up to one hundred euros is accepted per spin. Rage to Riches requires at least three pictures to form combinations of ordinary characters. They should be close to the active line, starting with the first reel. Winning is only one combination on each line - the highest. The payout amount is calculated by multiplying the combination coefficient (up to x1000) by the bet per line. 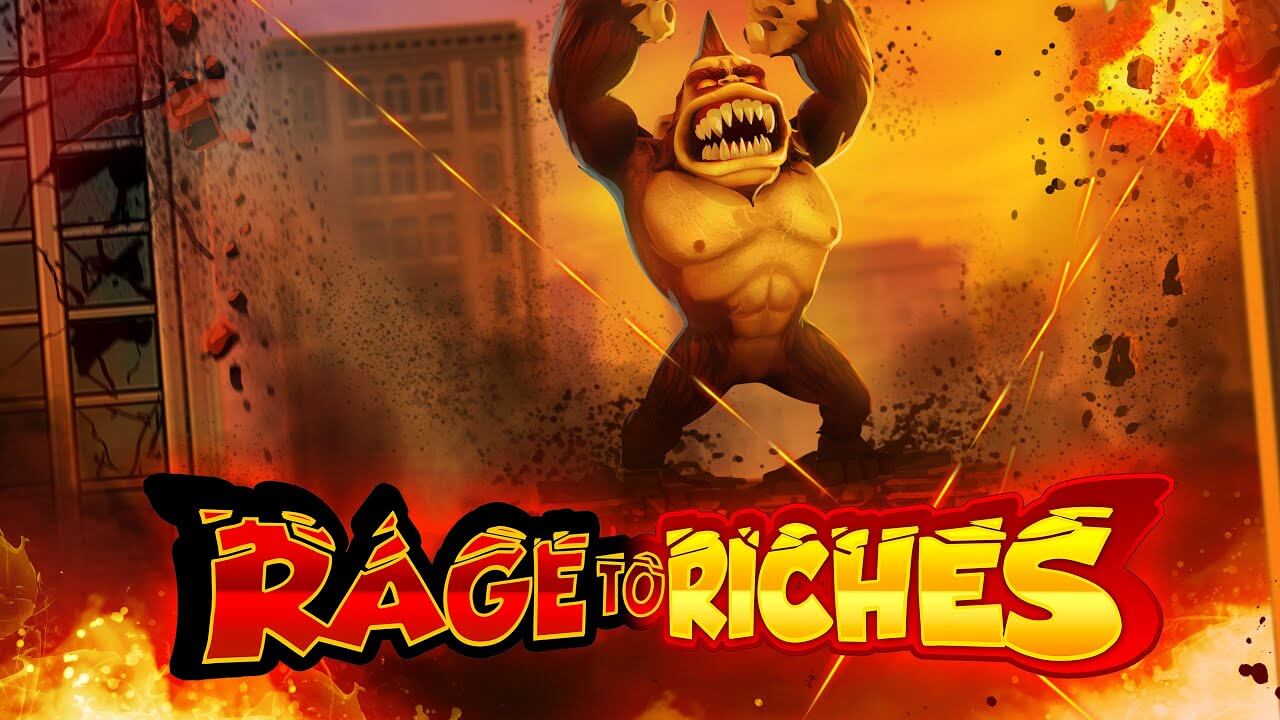 Gameplay in Rage to Riches

After accrual of payment on a combination of characters that have formed it, explode, and in their place fall new. If this creates a new combination, the payment on it is considered taking into account the multiplier x2. Then the characters are replaced again, and the following combination is calculated with the multiplier x3. This process can theoretically continue indefinitely, but the maximum factor is x5. The total payment received for the round can be put on the line in the odds of the video slot Rage to Riches. Here you have to guess the color or the suit of a closed card (you make the choice). A properly named color doubles the gain, while the suit increases it four times. In one round, you can play up to five times in a row or before a maximum of 2500 coins is reached.

On the screen of the Rage to Riches slot machine, you can see three monsters, as well as letters and numbers depicted in graffiti style that denote playing cards from ten to ace. In the video slot Rage to Riches there are special symbols Wild (the logo of the game Rage to Riches) and Scatter (the blonde in the window at home). Wild can be seen only on three middle slot reels. It is not paid on its own, but if necessary it replaces other pictures (except for Scatter) in combinations. Scatter falls only on the first three reels of the Rage to Riches slot machine and does not bring any winnings. It is not tied to active lines and starts a round of free spins, when three such pictures appear in any position on the screen. Initially, there will be ten launches. If there is no win for three spins, the monster adds more games. All of them can be up to fifty in a row.

In the video slot Rage to Riches there is a themed bonus game. To take part in it, you need to collect five stars, which will be displayed on the left above the main screen. The star relies on a combination of tens, jack, queen, king, and ace, arranged in a row in any position on the reels. In this round, you will need to select a monster that will start breaking buildings. The more successful it is, the larger your final prize payout will be. It also depends on the total bet per spin, during which the bonus game was activated.

If you decide to experience Rage to Riches, you will not regret it. A variety of features, fun themes, colorful graphics, unusual options, numerous combinations, large wins, a fairly high return percentage - what else is needed for a pleasant pastime in the world of virtual excitement.