Pandamania is a video slot with five reels and three rows of characters on the screen. Rules allow you to activate any number of available lines, putting on each of them from one cent to two euros. Up to fifty euros are accepted per round. To play the slot machine it was more interesting, the developers implemented not only basic pictures, but also special symbols, additional payout multipliers, themed bonus rounds and bonus features, free spins, a risky game of chances and other options.

Payments in the main way are accrued by combinations of identical pictures. The elements should be arranged in a row on the active line, starting with the first reel on the left. Winnings are calculated by line bet and odds specified for all combinations in a special table. The maximum multiplier in Pandamania is x3000. 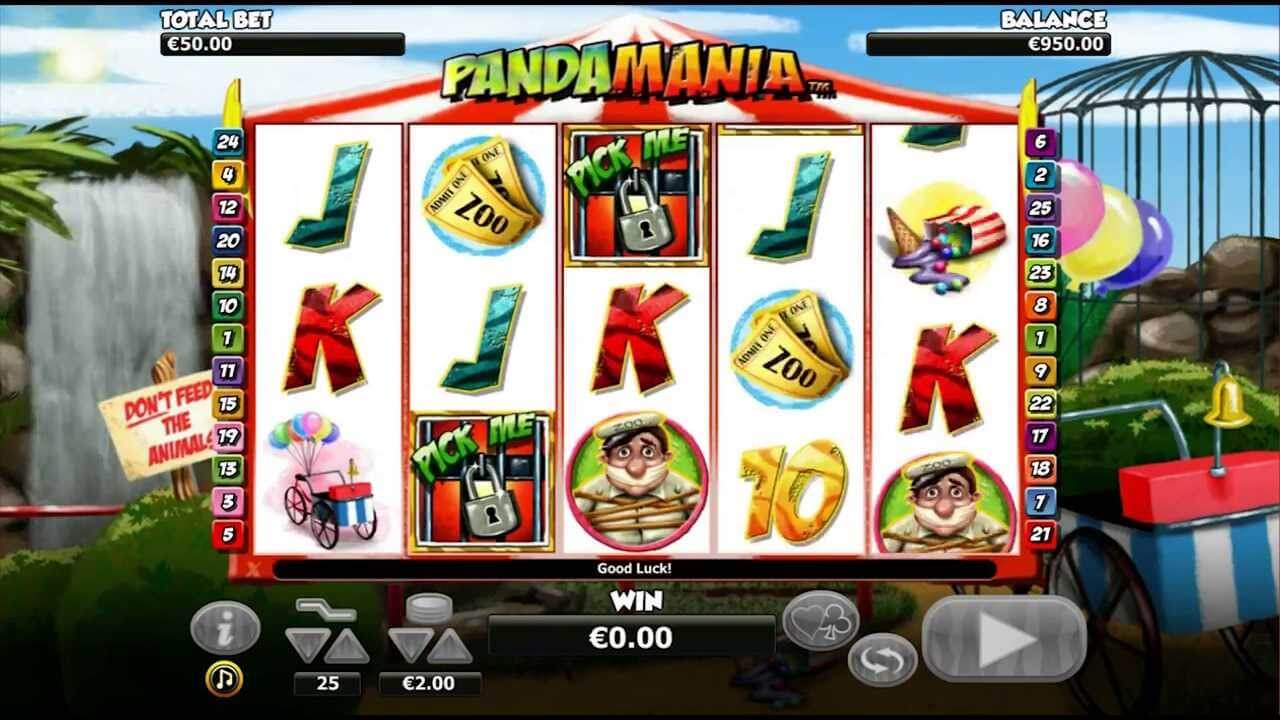 The slot machine will introduce you to the panda, which is tired of sitting in the cells of the zoo. Therefore, she broke the locks, tied up the guard and went to freedom in the wild bamboo forests. The pictures depicted on the reels of the slot machine are a guard entwined with ropes with mouth sealed, tickets to the zoo, a cart of sweets seller, ice cream, as well as letters and numbers denoting the denominations of playing cards from nine to ace. The game also has several special characters: Wild (funny panda), Scatter (the name of the video slot on a wooden plate) and Bonus (castle and the inscription Pick Me). Briefly consider their capabilities:

This model is funny, interesting, diverse, comfortable, colorful, and so on. You definitely need to test it, even if you do not get excited at the sight of pandas.