Winnings rely on combinations consisting of three (for some - two) identical symbols on the active line. They should be located on adjacent drums, always starting from the first one. The amount of the payout is equal to the bet per line multiplied by the established ratio (up to x10,000). According to separate rules, they form combinations and only Scatter symbols are paid for.

Users can play on the Ladies Nite slot machine to increase the payout resulting from a successful spin. Risky game is made in the traditional style. It is necessary to guess the color or suit of the next card in the deck. The correct color doubles bet, the suit multiplies it four times. 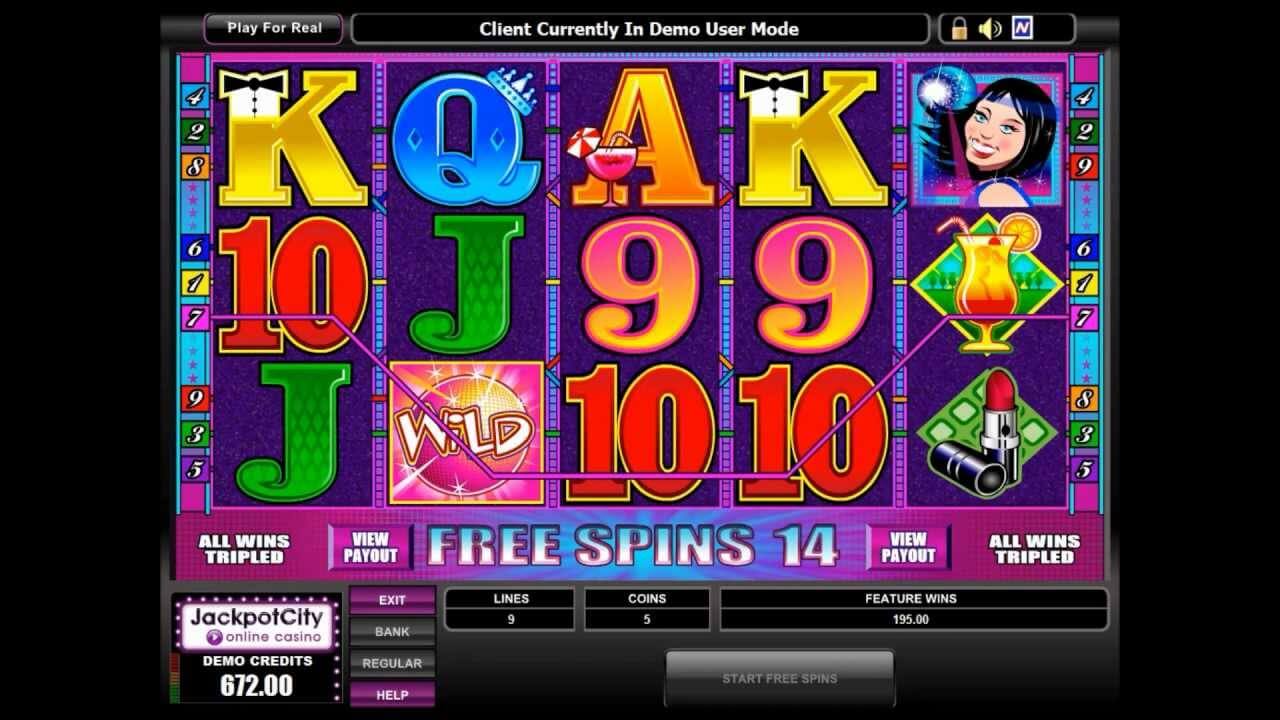 On the reels of the Ladies Nite slot machine, you will see a cheerful brunette, a cocktail, Divine perfume, handbag, lipstick, and denominations of playing cards from ten to ace. Wild is a mirror ball that can be found in most nightclubs. Such symbols are paid by high coefficients themselves, and also replace other pictures (except for Scatter), if they are in the right place. In such cases, they double the payout by combination. Scatter is a bartender naked to the waist in a bow tie and with a tray in his hands. Scatter symbols are paid regardless of the location on the reels and the number of active lines. The payout is two, five, twenty or five hundred total bets per spin.

Fifteen free spins with triple multipliers are activated from three Scatter on the screen. The game in them is at the current rate and the number of lines. The backs can be extended.

The gameplay is controlled by the following buttons:

Important data on the game appear in the information windows and the line right under the reels. If you are not going to participate in a risky game, you can turn it off in the settings by unchecking the Allow Gamble checkbox. It is also possible to activate fast spin and turn off the sound. In the expert mode, the buttons of the automatic game appear.

Slot machine Ladies Nite can be recommended not only to women. All lovers of slots with free spins and payout multipliers will appreciate it. It also attracts the attention of a rather large payment for five Wild symbols (x10,000).