In the Jolly Roger slot machine  you will find an exciting sea adventure. Having entered onboard the ship of the video slot, it is necessary to get acquainted with the paytable, which is launched using the Paytable button. Proceed with the gameplay with the choice of the bet, which is determined in several stages. First you need to choose the value of one coin using the Coin Value button. The size of one coin ranges from 0.01 to 1 cent. Then you need to select the number of active lines using the Lines button. And after that you should decide on the number of coins for the bet using the Coins button. The slot machine has a fairly large range of bets, you can bet from 0.01 to 75 dollars per spin. The maximum bet can be made by activating one button, which has the name Bet Max. The drums will be launched by the Spin button. 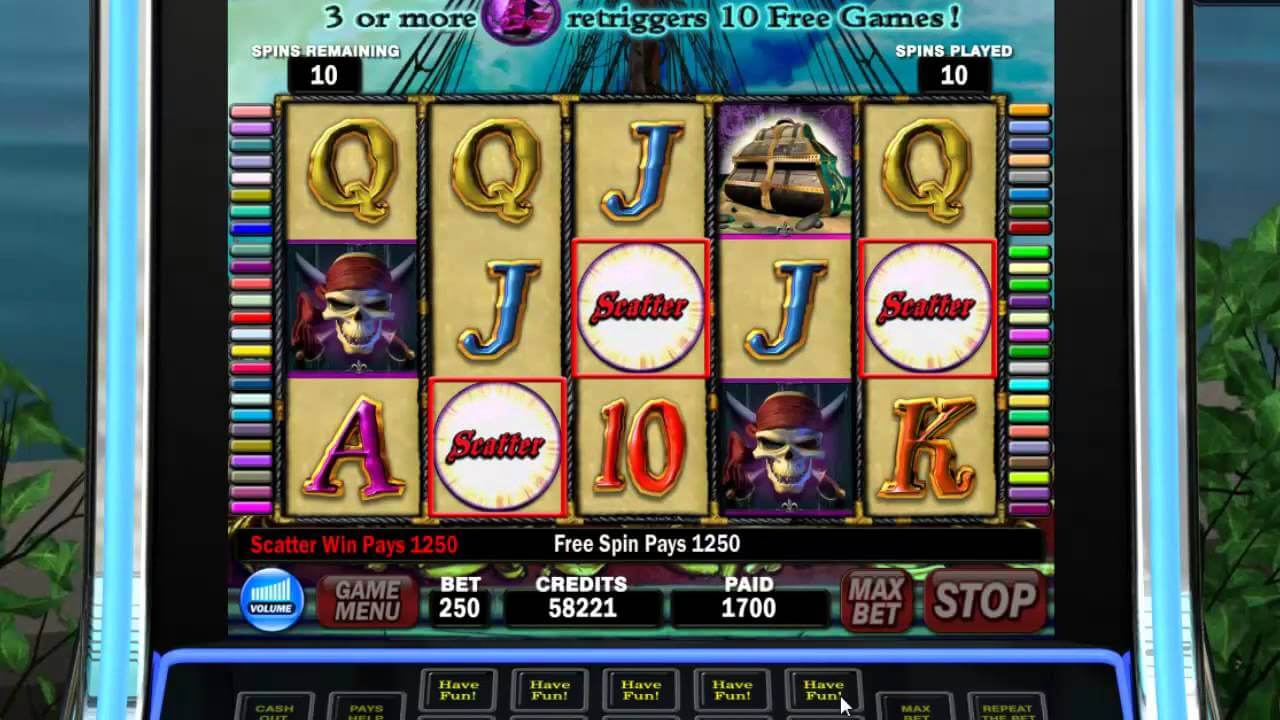 There is a wild symbol here that is represented by the Pirate Flag. This symbol brings the multiplication of the bet on the line 10,000 times, if five of the same signs appear. Also in the slot there is a scatter symbol - Parrot, which multiplies the final bet and plays in the spread.

The developers also endowed the Jolly Roger slot machine with two bonus symbols that will launch bonus rounds. The first symbol is represented by the symbol of the Chest and brings participation in the bonus game. In this bonus round, you must find the chest that contains the maximum reward. At the same time, the size of the win in the gaming machine directly depends on the number of symbols dropped on the active line.

Bonus symbol - Treasure Map, can bring a very pleasant surprise. The main thing is to collect three identical symbols on the active line, after which the “Card” bonus round will be launched. In this game you will search for treasure on a treasure map. You should choose three places for digging and you can get a win of 1200 bets.

Also in the slot machine it is possible to activate the automatic game option, which will allow you to collect the maximum number of prizes without much effort. Simply select your bet size and click on the Avto Play button. A series of auto-spins will begin, and you will simply watch the gameplay.

A sea adventure with pirates can start right now, once you start the Jolly Roger slot machine. This video slot hides a lot of pleasant surprises and a true pirate treasure.