It will be much easier to try your luck in the Irish Eyes slot, the main characters of which are a gray-haired leprechaun and green-eyed beauty with bright red hair. This free slot machine produced by NextGen Gaming gives you the opportunity to get up to ten thousand bets on one combination. 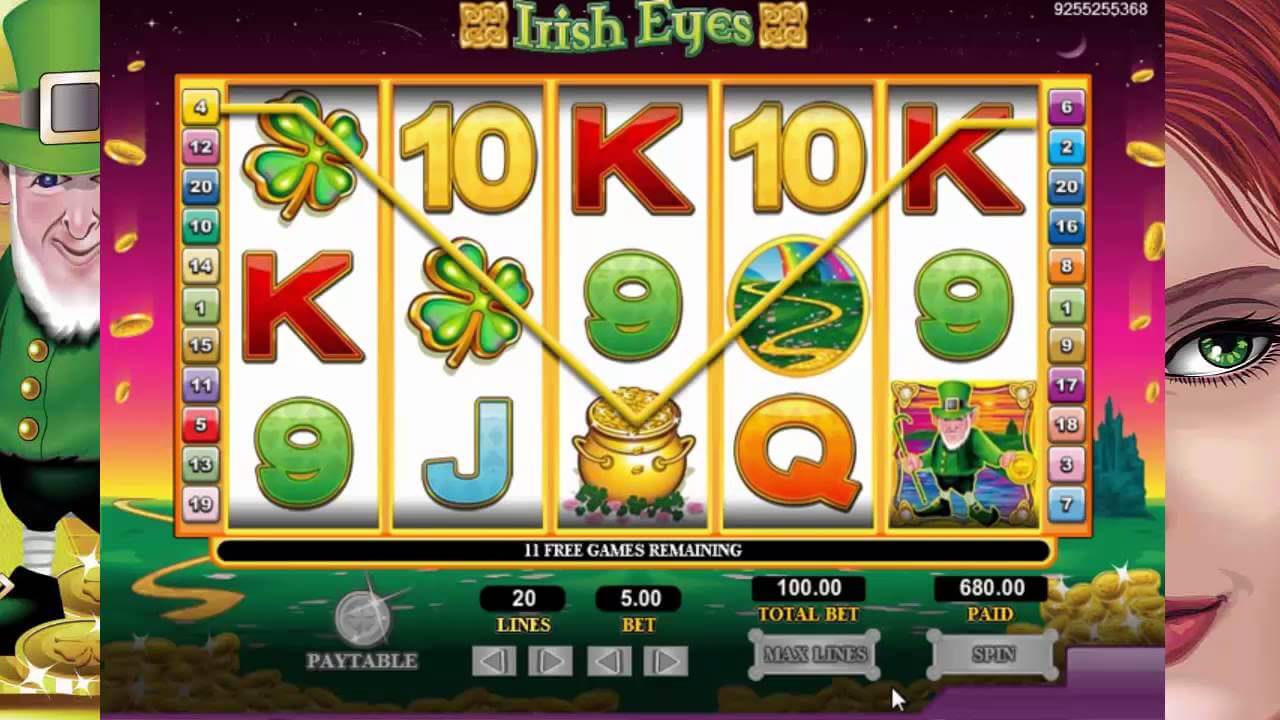 Payments are made on combinations of three (in some cases, two) or more identical pictures on the active line. They should also be placed on adjacent drums, including the first one. The winnings are calculated by multiplying the bet per line by the coefficient set for each combination (up to x10,000).

According to folklore legends, leprechauns hide their treasures at the base of the rainbow. In the Irish Eyes machine, you will see a beautiful rainbow, a leprechaun, a pot of gold, and a four leaf clover bringing good luck. Also on the reels is a denomination of playing cards from nine to ace.

Special symbols in the game are Wild (gray leprechaun) and Scatter (beauty with green eyes and fiery hair). They have special features. Wild not only forms combinations with very high coefficients but also replaces other symbols (except for Scatter), finding themselves in a suitable place for this. Scatter is paid regardless of the location on the screen. The wins in such combinations are equal to the total bet per spin multiplied by a factor x2, x5, x20 or x100 (for two, three, four or five Scatter, respectively). From three Scatter start twelve free spins on the latest bet and the current number of lines. During these rotations, all payouts are tripled. The spins are extended with the new appearance of the required number of Scatter symbols.

The bonus round of the Irish Eyes slot begins when a leprechaun appears simultaneously on the first and fifth reels. It is called Pick and Win. Here you just need to choose one of the symbols and find out what payment you are entitled to. Its amount can reach one hundred total rates. If you are lucky, you may qualify for another attempt.

This is a solid free slot game with a good set of options, rich graphics, high coefficients, and user-friendly interface.