This free slot machine is offered to online gambling fans by the well-known company Nextgen Gaming, whose products are famous for their exceptional quality.

On the screen of the five-reel Emperor’s Garden free online slot, the characters are arranged in three rows. You can play the slot machine to any number of lines up to twenty-five. One line bets in the range from five cents to five euros. You can bet up to one hundred twenty-five euros per spin. In Emperor’s Garden video slot, special symbols work, free spins work, there is a risky game of chances, as well as other options. Paid combinations are the same characters on the active lines of the Emperor’s Garden video slot, located side by side, starting with the first reel. The minimum number of pictures can be two or three. The payout amount is calculated by multiplying the line bet by the combination coefficient (up to x5000). With each line, you can get a win only for the highest combination. 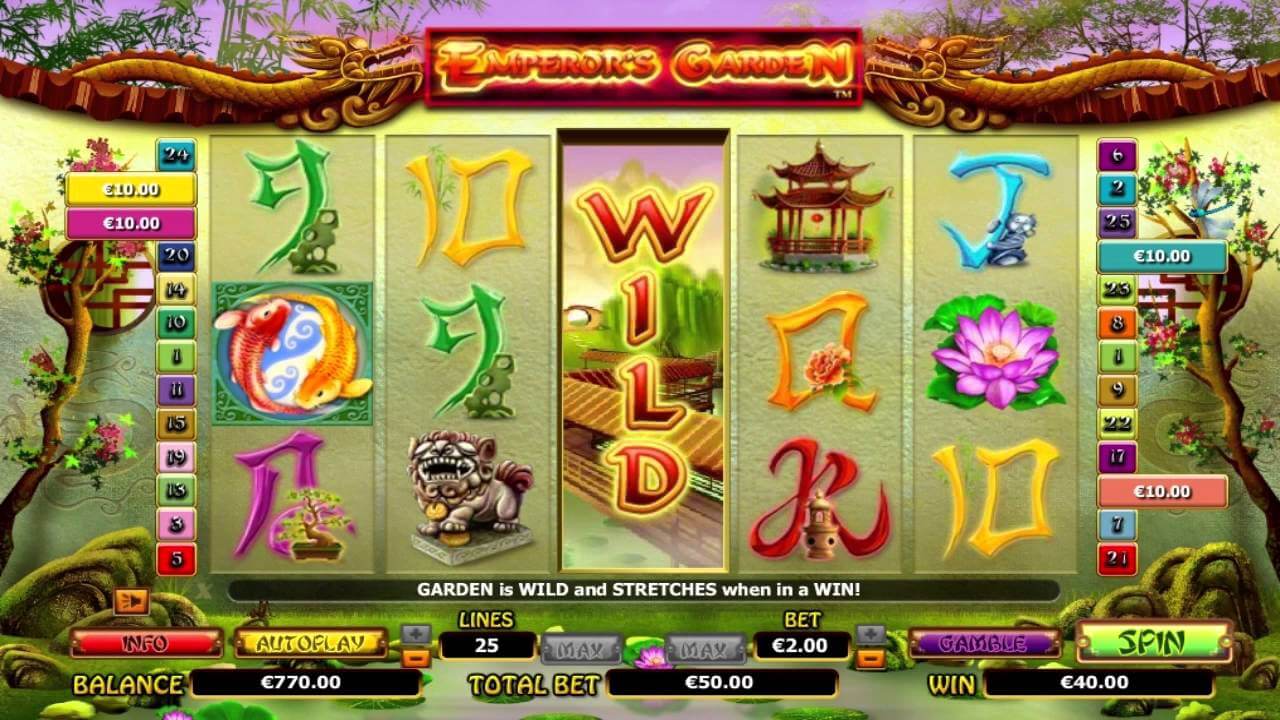 All payments received as a result of the spin are added up to its completion. You can try to increase their total amount in the Emperor’s Garden slot game. Here you will need to guess the color or suit (of your choice) of the closed card. The correct color doubles the gain, and the suit increases it four times. In one round you can play no more than five times in a row.

The role of symbols in the Emperor’s Garden is played by pictures of the emperor, figurines, flowers, pagodas, as well as letters and numbers indicating the values of playing cards from nine to ace. There are two special symbols: Wild (a kind of a garden) and Scatter (two small fishes). Wild falls only on three middle reels. It stretches over the entire drum and is not charged separately, but can replace other images, if necessary. Scatter is paid regardless of the location and number of active lines. From two to five such images on the screen give a payout of two, five, twenty or one hundred total bets. Three or more Scatter also triggers ten free spins. During this round, combinations with the participation of Wild are paid in tripled odds.

Emperor’s Garden themed video slot is a high-quality and interesting slot machine. You can also praise his graphics, which also looks very decent. In general, it has everything to play with pleasure.