A team of professional dismantlers will come to the rescue. After examining the situation, they decide which building can be blown up and which one should be disassembled in parts.

Watching the work of such masters is a pleasure. They lay the charges so that after the explosion the object collapsed as compactly as possible or even tilted in the right direction. Experts of the highest level work in the team of demolitionists of the new video slot Demolition Squad, which was released by Net Entertainment. Do not be confused by their mad smiles - just the guys love their craft very much.

Demolition Squad is a five-reel, forty-line, slot machine. The number of active lines cannot be changed since all of them are constantly activated. The size of the bet on one of them can be set in the range from one cent to five euros. So, high rollers can play Demolition Squad slot machine at a rate of two hundred euros per spin. As in many gambling games - for the formation of a winning combination, you need three to five identical symbols. They should be on the adjacent drums, starting with the first. On each line, only the highest combination is paid. The amount of winnings is equal to the bet per line multiplied by a special coefficient (up to x4000). 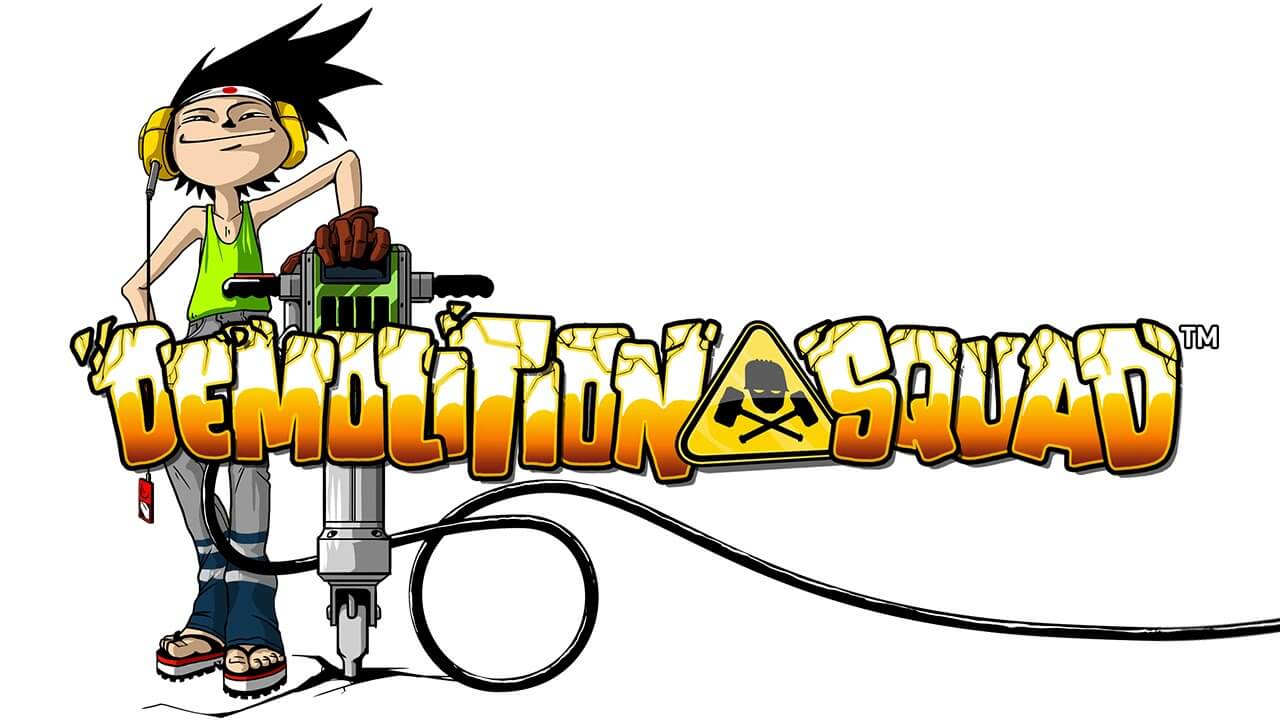 Symbols and Features of the Demolition Squad Slot

The slot has special characters, free spins, and other options. There is no risky game in the Demolition Squad. On a long period of the game, the machine returns 97.1% of the amount of bets made by users.

The team of the game Demolition Squad consists of specialists of different profiles. Some are laying explosives, others are cutting metal structures, and some are working with hand tools. In addition, it has at its disposal specialized equipment and even a robot. All this, as well as the denomination of playing cards from ten to ace, you will see on the reels of the slot. Special characters are Wild (a warning sign that says Wild) and Scatter (a crane with a core). Wild appears only on the second, third and fourth reels. Therefore, it cannot form combinations. However, Wild is able to replace other characters (except Scatter), if necessary. If Wild on the second and fourth reels fall on the same line, the symbol between them, and they themselves turn into Demolition Wild. They can replace any pictures, including Scatter.

Scatter is not paid, but they give the right to free spins with triple odds. Three symbols provide ten spins, four - twenty, five - fifty. The game in them is at the current rate. The backs can be extended.

The line below the control panel displays data on the game (in credits). In the slot, there are some settings (fast spin, adjustment of sound and so on).

Slot machine Demolition Squad has no flaws, except for the lack of thematic bonus game. Otherwise, this is a very exciting slot.