The most popular slots in 2019 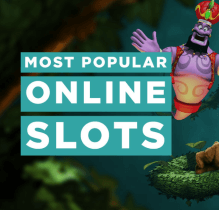 The slot machine is the most popular type of slot machines. There are more than 1000+ types of slot games and their number is constantly growing. Not all machines can win the love of fans: while some climb the peak of popularity, others remain in the shadows. What attracts players the most, and which slots are in high demand?

For many players, the “7” has a symbolic meaning - it is believed that it brings good luck. And without luck there is nothing to do in gambling anyway - so this rating includes exactly 7 positions. The machines included in it can be found both in the halls of ordinary gambling establishments and in the halls of the online casinos. Playing slot machines online or in a real casino is not so important, because the rules of the game are the same everywhere.

Aztec Gold slot machine often called “Pyramids”, since it's bonus game has several “Pyramid” symbols. The developer of the slot is the MegaJack company. Interesting graphics, complicated algorithm, high payout percentage - these are the main characteristics of this slot game. The game is played on 5 reels with 21 paylines. A winning combination is considered to consist of at least 3 identical symbols located on adjacent reels.

The main advantage of this machine - bonus games. They had a significant impact on the growing popularity of the slot. Another reason in high ratings of the Aztec Gold slot - the cumulative jackpot, the fund of which directly depends on the number of bets (0.6% of each bet). You can hit the jackpot by betting at least $10 on each line. 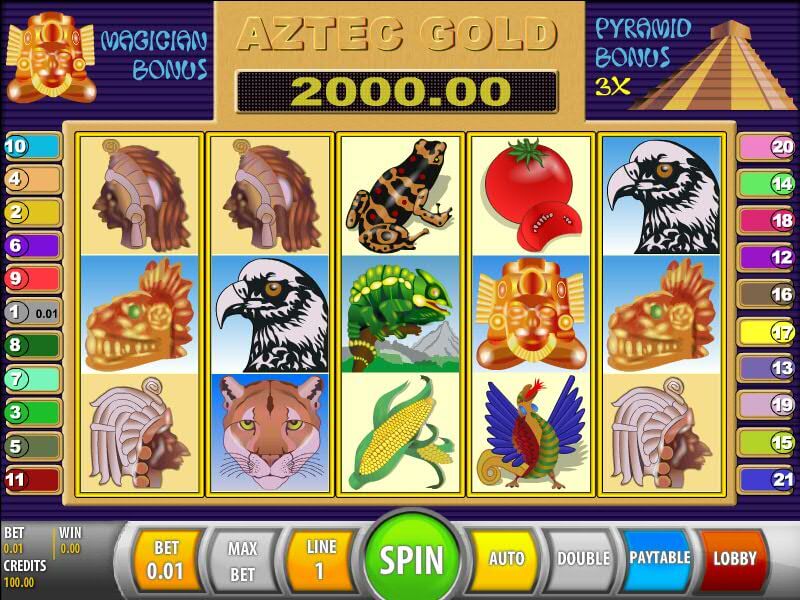 The creator of this software is the Igrosoft company. Fruit Cocktail - this is the most successful, according to both, the players, and developers of the company. In the world of gamblers, Fruit Cocktail machines are also known as “Strawberry” machines, since the appearance of this particular berry on the slot screen allows you to get a bonus game. "Strawberry" slot machines is a classic of automatic gambling in online environment. The maximum number of lines is 9, the maximum bet per line is $5. The machine does not give free spins, but it allows you to double the initial bet.

The high rating of this machine is justified by the high amounts of payments and its ... age. This slot machine was made many years ago, and as statistics show, beginners prefer to start the game with well-known, proven slot machines. 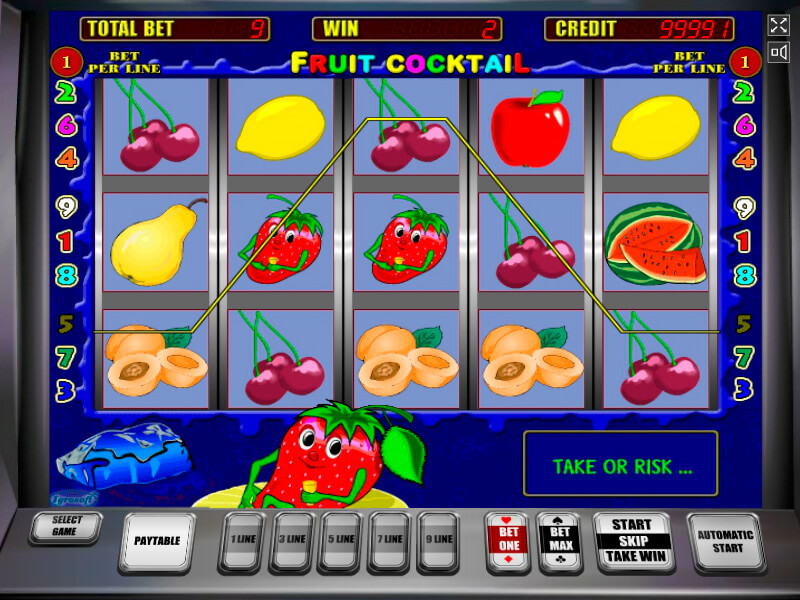 Crazy monkey is another brainchild of Igrosoft. Among gamblers, this slot was long ago named as "Monkey". Monkey machines are a slot machine with a fairly high payout percentage - 97%, which of course players like. The game can include 1, 3, 5, 7 or 9 lines. The winning lines are those in which at least 3 symbols coincided on each side. A special feature of the game is the “mask” symbol, which, if dropped, makes it possible to replace any symbol with a low coefficient with a more profitable one. The size of the bet can be from 0.01 to 5 dollars.

Lovers of excitement are attracted to the Monkey slot machines by the presence of bonus games, low initial bets and, above all, the opportunity to double the prize by playing a risk game. 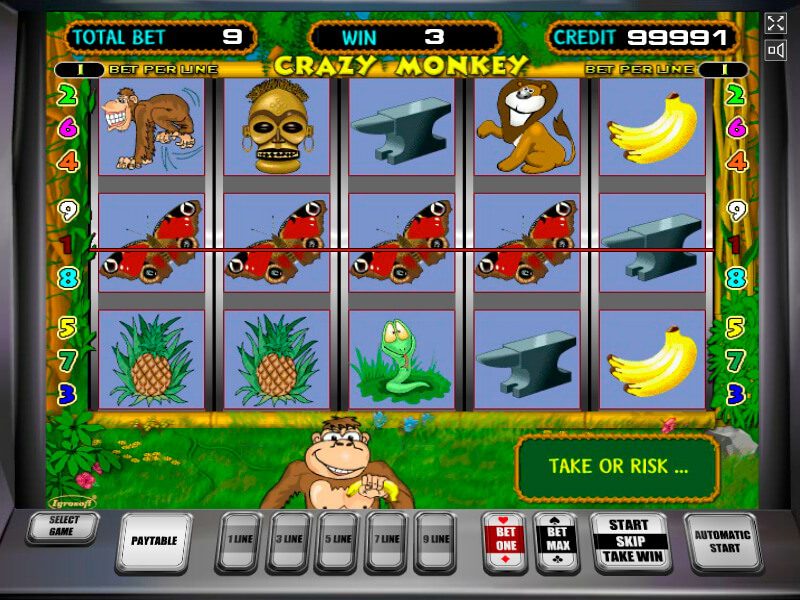 Often, these slots also appear under the nickname "slot machines 777". The reason is that in this slot this particular combination of “lucky numbers” gives a chance to win an amount that exceeds the initial bet in several times. The slot manufacturer is Novomatic company. The maximum bet per line is 10 dollars, the return percentage is 94. This slot does not have bonus games and free spins, but only a bonus game to double the winnings.

Players are attracted to slot machines 777 by its simplicity. The game consists of 5 lines, the main characters are fruits. The most desirable symbol is a watermelon, which allows you to increase the initial bet in several times. 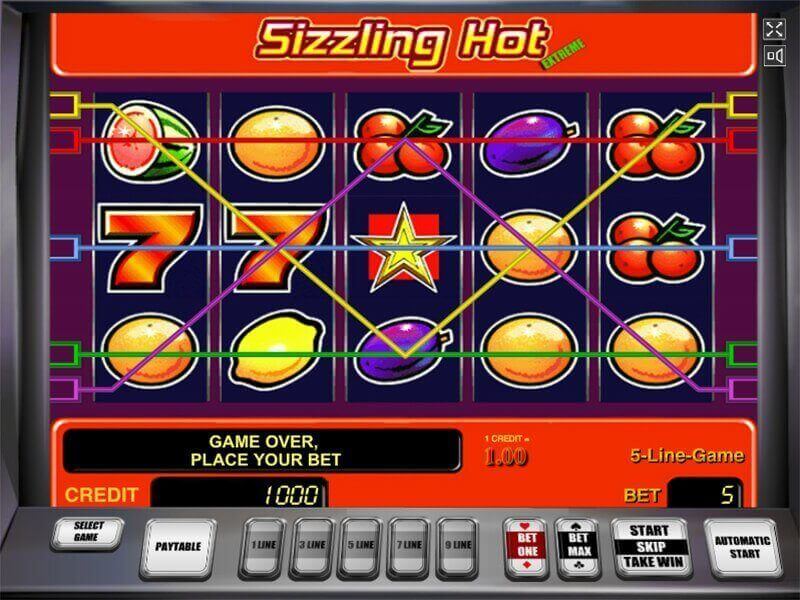 Another slot from Novomatic, which is loved by millions of players - the Book of Ra slot. The game has a funny music, colorful graphics and a well-thought-out algorithm. 9 paylines make it possible to increase the amount of winnings several times. And the risk game allows you to risk and instantly double the winnings or, in case of failure, to lose everything. The maximum odds is 5000. The minimum bet per line is 1 cent.

This machine attracts fans of gambling with easy rules and free spins, which are not so difficult to earn: 10 free spins of the drum are given for 3 books of Ra. 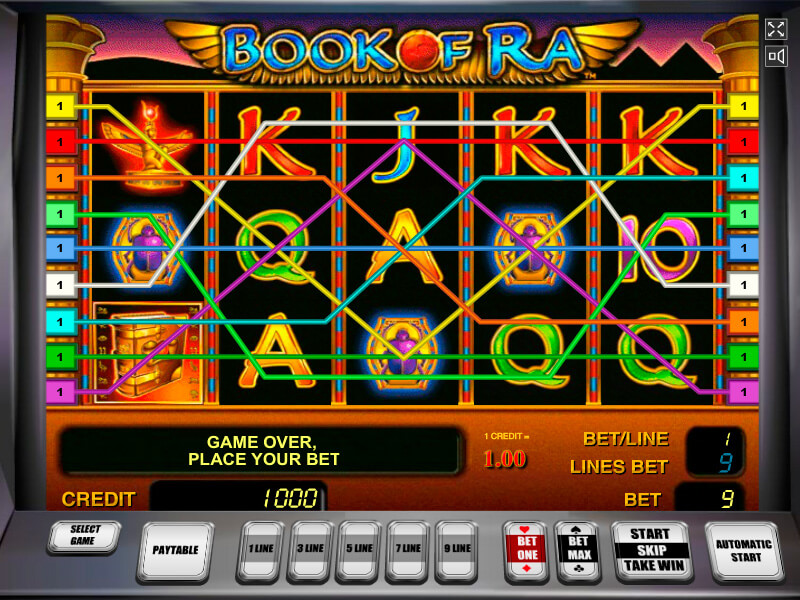 Another popular representative among the slot machine games - Resident slot made by Igrosoft. The game in this slot is played on 1, 3, 5, 7 or 9 lines - this is made by player’s choice. The cost of each of them - from 0.01 to 5 dollars. In case of winning the player is allowed to double the prize amount. You can do this by guessing the card (one of the four), if card is higher than the one faced up - you won. It is allowed to double the amount an unlimited number of times. 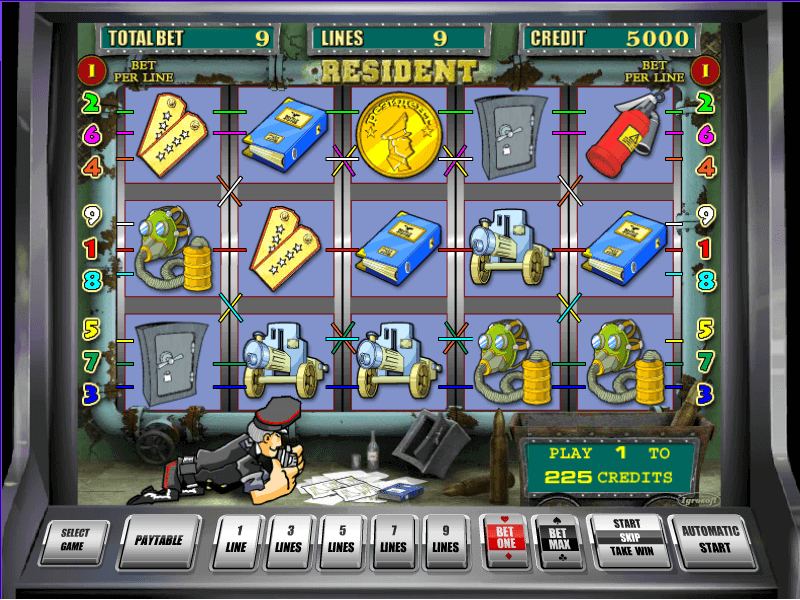 Slot-o-pol is the brainchild of MegaJack. When "E" character falls, the player is allowed to change one of the symbols and thereby double the winnings on a successful outcome. In this game there is everything: the bonus rounds, and bonus games, and games to double the win. The unusualness of the slot is that the game is played immediately along the 21st line, and this greatly increases the chances of winning and, naturally, attracts players.

These were the best slot machines of 2019 for modern Internet gamblers. Perhaps your rating will be significantly different, and there will be completely different slot machines, but this rating was made due to statistics of usage by players. 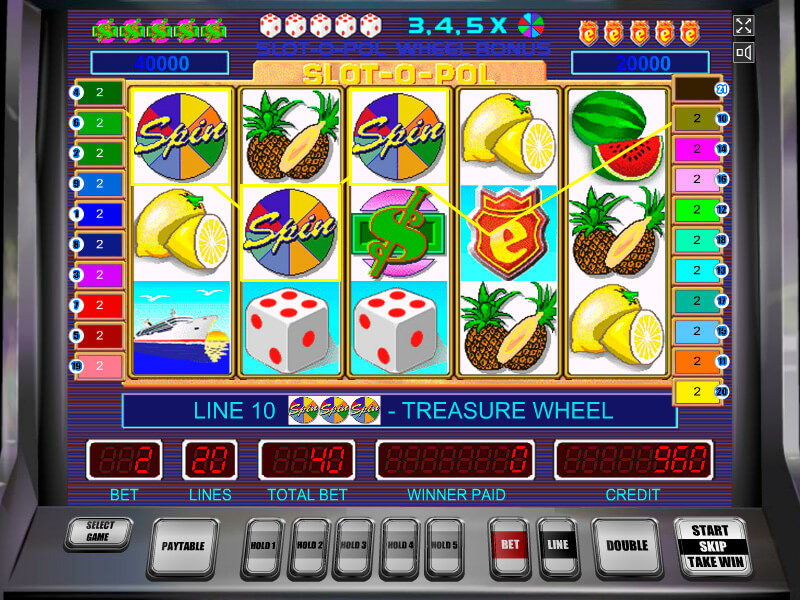