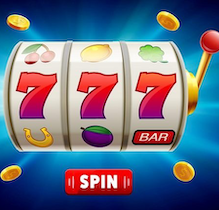 Every gambling site offers a big variety of slots for all tastes. One-armed bandits account for more than 50% of all bets made across gambling sites. They are, hands down, the top popular casino games among gamblers worldwide.

The Power Of Tradition

The very first real-money slots were invented in the late 19th century. There is no unanimous opinion on where these iconic games were invented. While some experts consider Great Britain the birthplace of slots, others claim that they originated from the United States.

If you look at a modern slot and its 19th-century predecessor, you will see that they have nothing in common. At the same time, you’ll be surprised to learn that the gameplay has remained almost unchanged.

In the early 20th century, slot machines looked like bulky metal safes. Despite their scary appearance, slots won over people’s hearts, turning into their favorite hobby and pastime.

The pioneer slots had 3 reels with few symbols on them. Interestingly enough, they didn’t allow a player to adjust their winning odds or at least change the size of a bet. The only way to operate a rudimentary device like that was using a massive lever. (It was the lever that gave slots their funny nickname, “one-armed bandits”.)  Also, the machine had a narrow slot for coins. In the lower part of the machine, there was a “tray” for winnings.

Like in modern apps, a winning combination was the one consisting of matching symbols.

It needs to be said that the majority of gambling games remain loyal to the key principles and rules through the years. While transforming under the influence of trends and public tastes, a game tends to keep its original idea. Slots are a textbook example of such continuity of traditions. While adapting new features and technologies, one-armed bandits are, in fact, the same old machines that invaded bars and cafes in the beginning of the 20th century.

Types Of Slots You Can Play On A Gambling Site

Despite having a similar-looking exterior, one-armed banditscan have different technical characteristics, e.g. different numbers of reels:

Slots with 5 reels make the most numerous category of one-armed bandits. This is the choice of most gamblers.

In the beginning of the 20th century, 3-reel slots ruled the gambling scene. You could find this type of games in any casino hall or bar. Here is a curious fact. Five-reel machines were designed at the same time as their three-reel rivals. However, due to a complex structure and costly maintenance, the production of 5-reel games didn’t take off. Also, 5-reel machines had more winning combinations, but engineers had no idea how to build a reliable payout mechanism for such a big number of combos. This is how 3-reel slots prevailed but their dominance didn’t last long.

As years went by, slot manufacturers realized that 3 reels were not enough for the ever-growing demands of the gambling audience. The industry needed to move forward.

Five-reel games are more exciting to play because they provide a bigger number of winning combinations. On top of that, they come with juicier payouts. What is the reason behind such generosity? Because landing a line consisting of 4 or 5 matching images is harder than landing a 3-symbol combination. Longer combos pay better.

In terms of technical characteristics, 6-reel slots are not much different from those with 5 reels. The two main differences are that six-symbol combinations are worth more and players can activate more paylines.

As for games with 7 reels and more, they are either combinations of regular slots (e.g., 2 devices with 5 reels each, or 3 devices with 3 reels each), or belong to a totally different category of games.

Physical one-armed bandits have reigned in the gambling industry till the mid-90s. It seemed like nothing could stand in the way of their popularity and take them down from the pedestal. However, the situation changed once and for all with the development of the Internet technologies. In 1994, Microgaming launched its first online casino. Following that historic milestone, the number of gambling websites started to grow exponentially. Gamblers got access to thousands of websites that offered stunning collection of games and accepted real-money bets. The world of gambling was divided into online and offline casinos.

Bulky slot machines had now to compete with gaming apps on gambling sites. Instead of pulling the lever and inserting coins, gamblers clicked buttons sitting in front of a computer.

The next revolutionary innovation that overhauled the whole industry was mobile gambling. Nowadays, mobile gambling is the fastest-growing segment of the online gambling market.  While regular online casinos are struggling, mobile apps are as in demand as ever.

The Volcano slots deserve a special shoutout in our post. Volcano was the name of the largest casino network in the Eastern Europe. The Volcano casinos offered slots from a variety of renowned brands. However, gamblers thought that Volcano produced its own games and called its games “the Volcano slots”.

The Volcano slots were, by all rights, one of the best games out there. Nowadays, you can still find a full collection of Volcano games on many gambling sites. If you’re feeling a bit nostalgic, go ahead and gamble away!

While online casinos have no lack of advantages, we’d like to focus on the demo mode that allows you to play any slots for free. Thanks to demo mode, you can hone your skills, test different strategies, and simply play for fun without worrying about money. To access free online slots, you don’t need to register an account or make a deposit. Just come and play! You won’t find anything like that in land-based casinos!

Despite the hype around online gambling, land-based slot machines didn’t go anywhere. Offline casinos are making over 90% of the total profits made by all casinos worldwide, while gambling sites are struggling to surpass the 10% mark.

It needs to be said that the number of top-tier slot manufacturers is quite limited. This means that both Las Vegas casinos and European online casinos have pretty much the same selection of games. One-armed bandits have simple and universally understandable rules, which enables casino software developers to produce games that would be popular across continents. At the same time, software brands try to customize some of its products to the needs of local audiences.