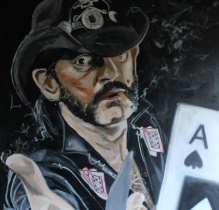 In 1997, the International Game Technology (IGT) company marked the beginning of the modern trend of creating slots on topics taken from popular culture. The Money Fortune slot machine was created based on the American television show of the Wheel of Fortune. During the bonus round, the slot demonstrated frames and played sounds from the show. Since 1998, the company has begun releasing celebrity and TV-series slots, the first of which is Elvis slot machines.

Popular themes from popular culture are used in slot machines around the world. The Wheel of Fortune slot machine has contributed to a number of slots based on various television shows, such as Jeopardy, American Idol, Amazing Race, Price is Right, Who Wants to Be a Millionaire and Deal or No Deal. Films also became the theme for a variety of slots such as Forrest Gump, The Good the Bad and the Ugly, Sex in the City, Scarface, Star Trek, Star Wars, Legally Blonde, Rocky, Ace Ventura and Avatar. Following Elvis, celebrities such as Marilyn Monroe, Elton John, Dolly Parton, Michael Jackson, Andre Giant and Bruce Lee were immortalized in the online slot machines. After the Italian jockey, Frank Dettori won seven races at the Ascot Hippodrome in one day, Frankie Dettori Magic Seven slot machines were created. There are Hulkamania slots named after the wrestler Hulk Hogan, as well as slot machines dedicated to actor David Hasselhoff and TV presenter Ellen DeGeneres.

By and large, the principle of operation of slot machines did not change from the moment of their invention in the late 19th century to the early 1960s. First, the player inserted a coin. Coin unlocked the lever on the side of the machine. Then the player pulled the lever to spin the reels. The reels, with the symbols printed on them, stopped in turn (after the first improvements, the reels began to stop in turn from left to right to demonstrate to the players that the reels spin separately, making the result less predictable, and the game more random). The holes in the plates inside the drums coincided with the symbols. If a winning combination fell out on the reels, the holes were lined up in a certain order, activating the payout of the winnings.

In the 1960s, Bally Manufacturing (starting with the Money Honey slot, which appeared in 1963) began to introduce electronic components in the production of slot machines: random number generators (RNGs) (instead of manually spinning reels), playing a few coins and game lines, video screens, etc. Today, this technology is used in almost all modern slot machines, including spinning reels. By dropping the coins (or rather by inserting paper money or tickets with credits for a certain amount), the player chooses the number of credits that he wants to use for the game. When a player presses a button on the keyboard of a slot machine (or pulls the lever provided in some models), the game processor converts the results of the RNG into the symbols that appear on the screen.

After the appearance of symbols (on the video screen or on mechanical reels synchronized with the RNG), the machine pays a reward for winning combinations.

Thanks to electronics, slot machines have changed significantly, but at the same time retain their traditional look, which made them popular. Firstly, even though the RNG instantly determines the result, the program can reproduce the actions and even sounds of classic slot machines. Second, RNG can generate billions of combinations, allowing manufacturers to offer gigantic payouts on multi-coin progressive slots such as Megabucks in Nevada. Thirdly, coins give way to TITO readers (ticket-in, ticket-out). Today, players cannot carry stacks of coins, buckets, gloves and hand sanitizers, but simply use tickets corresponding to a certain amount of money. During the game, the slot machine accumulates and uses credits. When a player finishes the game, he receives a ticket to be exchanged with the remaining credits.

The first popular Liberty Bell slot machine in the 1890s was built by Charles Fey. The maximum payout when the bells fell on all three reels was 20 coins. By 1900, the machines created by Herbert Mills, already paid up to 100 coins, which fell out of the pipe. The first modern slot machine Money Honey, created by Bally Manufacturing in 1963, was equipped with electronic components and a hopper for 2,500 coins. The increase in jackpots and the growing popularity of slot machines in the 1980s was facilitated by the development of progressive jackpots that combined payments on different slots. The most popular progressive Megabucks slot manufactured by International Gaming Technology (IGT), introduced in 1986, made the largest payouts in history from slot machines. You can drop no more than three coins into the slot, and if all the reels stop on the Megabucks logo, the player will hit the accumulated jackpot.

$ 4,600,000 on The Mirage Casino Opening Day - November 22, 1989, Steve Wynn opened The Mirage Casino, the first new casino on the Las Vegas Strip in nearly two decades. On an opening day, Elmer Sherwin hit the Megabucks jackpot in the amount of $ 4,600,000. After this event, the myth was born that the winnings of large jackpots on the slots relate to the opening of the new casino. True, the myth does not explain Mr. Sherwin’s incredible luck in Megabucks 16 years later. On September 19, 2005, he hit the Megabucks jackpot a second time.

$ 34,900,000 - On January 26, 2000, at a Desert Inn casino (Las Vegas, Nevada), local waitress Cynthia Jay won the Megabucks jackpot in excess of $ 34.9 million. Six weeks later, she was seriously injured in a car accident (her sister died). This coincidence spawned the Megabucks Curse myth.

Pokies. In Australia and New Zealand, slot machines are sometimes called "pokies". This is an abbreviation for the phrase "poker machines", although the term applies to other machines.

Fruit machines. Slots are often called "fruit machines." That was the name of the first slot machines, on the reels of which fruits (cherries, oranges, lemons, plums) were depicted. This name subsequently began to apply to slots in general, especially in the UK and Europe. In order to end Charles Fey’s monopoly in the American slot market, in 1907 Herbert Mills of Chicago developed a slot machine in which there were enough differences to obtain a separate patent. Along with the mechanical differences in his slot machine, instead of the usual playing cards and suits, fruits were depicted on the reels. During the same period, owners of slot machines answered questions about their legality that they were intended for the sale of chewing gum. Images of fruit indicated the taste of chewing gum that the player could win.

One-armed bandit. The appearance of the name "one-armed bandits" is associated with several people at once. According to one version, American bank robbers John Dillinger and Charles “Handsome” Floyd coined the term by playing on slots. Putting a quarter into the slot machine, Dillinger said: "If you have one of these things, you can rob people without weapons." Floyd agreed and, pulling the lever, added: "And this gangster has only one hand."

Almost hit. On March 14, 2001, Kirk Tolman pulled the lever of a Megabucks slot machine in one of Wendover, Nevada's establishments, and three Megabucks logos fell on the reels. Unfortunately, his acquaintance distracted him, and Tolman dropped only two coins into the slot, instead of the three necessary for the jackpot. He won $ 10,000, missing out on a $ 7,960,000 jackpot.

The operation for two. March 6, 2009, at the French casino Palavas-Les-Flots Marie-Helene Jagel inserted € 50 into the slot machine. The “luck” button for starting the game was pressed by her friend Francis Sung. After 12 unsuccessful spins on the reels, three sevens fell out and Mademoiselle Jargel hit the casino mega-jackpot in the amount of € 2,200,000. After Mademoiselle Jargel received the prize, Monsieur Sung filed a lawsuit against her. In December 2009, a Montpellier court-ordered Mademoiselle Jargel to pay Monsieur Suna 20% of the remuneration received. The judges noted that there is no “court ruling for a winner in a slot machine game”.

Lion's share. One of the progressive slots of MGM Grand Casino (Las Vegas, Nevada), which opened in December 1993, was the Lion's Share slot, combining 50 casino slot machines into one jackpot. As the machines became obsolete and replaced with new slots, the jackpot became a real problem for the casino. Strictly speaking, the jackpot was formed from the money of players, so the MGM Grand administration could not completely remove these slots. In the end, there was only one Lion's Share slot machine left in the hall, which continued to operate using other slots as donor spare parts. In 2012, the slot machine got a page on the social network Facebook and a real international fan club. At the beginning of 2014, the Wall Street Journal wrote about a stubborn slot and its fan club. On August 23, 2014, a New Hampshire married couple who read an article on the Lion's Share slot on the Internet came to Las Vegas to play it. Walter and Linda Misco hit the jackpot and won $ 2,400,000, thanks to which MGM Grand was finally able to dismiss the “veteran”.

Double Megabucks. The largest jackpot in the world is Megabucks, which combines slot machines throughout Nevada. One player managed to rip it off twice. Elmer Sherwin hit the $ 4,600,000 jackpot on the opening day of The Mirage Casino on November 1989. After almost 16 years, 92-year-old Mr. Sherwin won the second, much larger Megabucks jackpot (over $ 21.1 million) at the Cannery Casino.