Online Slots – How to Start 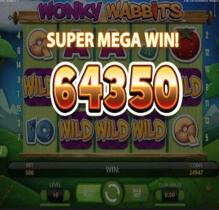 A modern gaming machine consists of:

How do slot machines work?

All slot machines operate based on the RNG. That’s a chip inside a standard casino slot or a part of software code in online slot machine. It produces hundreds of random numbers every second. Random sequences determine the set of characters that are visible on the reels. Combinations are generated at the very moment when the player presses the start/spin button.

Because of the RNG, there is no strategy for slot machines. You can only determine the limits of money and time spent on slots.

The slot machine interface usually consists of the following elements:

The player only needs to determine the size of the bet and spin the reels. The total bet per spin is most often determined by one or more indicators from the list below:

Many slots offer to change only the total bet. Usually they have a fixed number of paylines. After determining the bet rate, the reels start by pressing corresponding button. Most slot machines offer two buttons: Spin (or Start) and Autoplay. The first rotates the reels once. The second starts the auto-spins mode - the drums rotate independently by player’s selected number of autospins. The autogame mode is dangerous because it is not so easy to monitor the funds you won/lose during autospins.

Symbols and Payouts on Slots

Slot machines form combinations of symbols. To get a win, you need to make several identical symbols on the so-called prize lines.

Prize lines - schemes indicated on the machine, combinations on which bring a win.

The average number of symbols/images on the reels is 10-13. Symbols can be divided into standard and special.

Standard symbols form combinations for which prizes are paid. Special - these are images with additional functions. These include:

“Wilds” replace other characters, complementing combinations that would not otherwise have been due to interruptions. Often, “wild” have win multipliers or behave in a special way. There are sticky characters that are fixed on the playing field. There are expanding ones that cover several cells or the entire drum. Thus, they give a better chance of winning and additional multipliers.

Scatter is a symbol that pays a prize regardless of its location on the playing field. Scatter does not have to drop out on the prize line. Most often, these images are awarded with free spins and other bonuses. Bonus symbols trigger additional games.

Calculation of Winnings on the Slot

Winning sequences are described in the payout table. The game screen necessarily contains a button or a link to it. The table shows a list of payouts or odds for certain combinations. It also indicates special symbols and bonuses.

Combinations mostly consist of two types expensive and cheap. The prize for the most expensive can be many times higher than the bet made by the player.

Each manufacturer creates its own scheme for calculating the winnings. The most common algorithm is to multiply the linear bet rate by the corresponding coefficient. Some manufacturers take as a basis the denomination or the level of the bet rate (like NetEnt). Many developers write in the prize table not coefficients, but immediately payments in credits/coins at the corresponding bet rates.

Bonuses like Pick-Me offer to select several objects and get paid for it. Usually rounds are related to the theme of the slot. For example, bonus games in slots dedicated to Robin Hood often offer to shoot a few shots at a target.

A risk game is a game that allows you to double the prize per spin by 2 or more times. It is activated after each successful spin. The most common type of risk game is guessing the color and / or suit of the card. Many slots include a cash ladder type of risk game. In which skill and speed required.

Other types of risk games include odd-even and red-black. In any case, the correct answer doubles the gain. Invalid answer - cancels the prize and returns to the main game.

Additional Multipliers in the Slot Games

Additional indicators that may be useful to players are volatility and RTP.

Volatility characterizes how often and in what amounts prizes are awarded. Low-volatility slots are often awarded with small amounts of money. Usually winning a spin does not cover the initial bet. Highly volatile slots are rarely paid with winning combinations, but in large amounts. Winning almost always covers the costs of the bets.

Depending on what kind of volatility, the strategy for the slot is selected. It is important to choose such a bet size so as not to lose until you receive a large prize.

RTP is the percentage of theoretical return to the player. RTP says how many percent of the amounts invested in the machine will return to the players in the long run. RTP does not guarantee a refund of part of the funds to the user. This indicator characterizes only the total value - how much in general the funds will be returned on the slot machine during a long-play.

However, the higher the percentage of return, the more likely it is to get a prize. Modern slot machines have an RTP of 92% or higher.

Usually volatility and RTP are mentioned in the reviews of slots, which are laid out on information portals such as Bgaoc website. Some manufacturers indicate the percentage of return in the paytable.

Before you start playing in an online casino, pay attention to the instructions for using the site, there is also the opportunity not to immediately start a real game, but to try casino games in the demo version. The rules of the demo game are the same as in real, but they offer you to play not for real money.

Raising bets is good, but you also need to understand that earning money in online casinos cannot be the main source of income. When a person clearly establishes this idea in his head, it will be easier to reconcile with losses. One must be able to take pauses and not make sharply large bets after several successful games.

Playing slot machines is simple and fun. Free demos help you get familiar with the working principles and features of the slots. Such versions are almost no different from real money slot machines.

Slot machines today are very diverse. You can pick slots for every taste. Slot machines from NetEnt, Yggdrasil, Microgaming and other manufacturers will please with nice graphics, jackpots, unusual gameplay and many bonus games. Slots from Novomatic, IGT, EGT will suit those who appreciate traditional gameplay and high volatility.