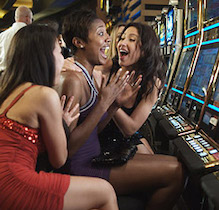 While jackpots are won every day, not all lucky gamblers get to see their winnings. For a variety of reasons, a casino may refuse to pay out a cash prizes to the player. Let’s find out more about this!

Millionaire For an Hour

Gary Hoffman was the proud owner of a 1.5 million dollars for just one hour. The gambler was playing the Mystical Mermaid slot, when one of this 50 cent bets triggered an eye-popping payout. According to Gary, he was overwhelmed with joy. Unfortunately, the happiness didn’t last long.

At first, the administration of the Sandia casino (New Mexico) congratulated the freshly baked millionaire. However, in half an hour Gary was invited to the staff room. There he was told that his win had been the result of a technical failure. As it turned out, the highest payout in the Mystical Mermaid slot machine was only $2500.

According to Hoffman, his win was fair. He claimed that the casino had cheated him and stole his winnings.

Right after the win, the casino asked an IGT technician to come and check the slot. After examining the slot machine, the specialist confirmed the casino’s version – the slot erroneously displayed the payout as a result of a technical bug.

The frustrated gambler got a 400-dollar compensation and free dinners.

A short time later, the auditing company Gaming Laboratories International got interested in the incident and launched an independent investigation. However, the company found no proof of foul play from the casino’s side.

42 mln Dollars For An Old Lady

A 92-year-old Pauline MacKee was playing the Miss Kitty slot machine at the Isle casino. The old lady kept making the minimum bets of $0.01. In one of the spins, she won $1.85.

The casino administration claimed that the win occurred due to a technical error and cancelled the result of the lucky spin.

However, Pauline MacKee was a hard nut to crack. She had no intention of giving up and filed a lawsuit with the court of Iowa. Supervised by the Iowa Racing and Gaming Commission, the investigation took several years. The slot was scrupulously examined by an expert group. It was established that the maximum payout on the Miss Kitty slot was $10,000.

The lawsuit was dismissed, and Pauline MacKee had to content herself with a 1 dollar and 85 cent payout.

Another incident with an unpaid jackpot happened to a 75-year-old Cecelia Cubillo. The old lady was playing the Fort Knox slot machine at the Australia-based Adelaide Casino. A 1-dollar bet triggered a whopping $105,000 payout. Quite unexpectedly, instead of getting her money, the woman was accused of swindle.

Footage from surveillance cameras  showed that Cubillo was betting with the money left from the person who had played the slot before her.

Despite the old lady’s protests, the jackpot was returned to the pool and was hit by another gambler shortly after. As for Mrs. Cubillo, she got a 250-dollar voucher for food and drinks at the casino.