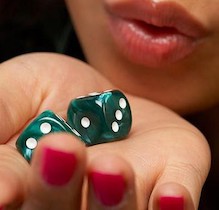 The gambling history in the United States knows quite a few cases when a casino refused to pay out a jackpot to the player. Surround by scandals and arduous investigations, every such incident causes quite a stir. In this article, we’ll talk about the most notorious casino stories revolving around unpaid jackpots.

Jerry claimed to have won a $1.4 million jackpot. Right after the triumphant win, Jerry was approached by the casino employee who told him to be on guard and warned him about the potential cheating from the casino’s side.

According to Jerry, he was held prisoner for 24 hours in one of the casino premises. The casino employees were taking him for a swindler. Finally, Jerry was told that the slot was faulty and the jackpot was the result of an error. Then the wanna-be millionaire was set free. Following the nasty incident, Jerry hired a lawyer and took the Wind Greek casino to court.

The investigation was exhausting and took several years. Unfortunately for Jerry, he had to leave empty-handed.  In 2017, after failing to find proof that the incident had actually taken place, the Alabama court closed the case.

Steak Instead Of Jackpot

In the fall of 2016, Catrine Bookman was chasing her luck on a Sphinks slot at the S Resorts World Casino. All of a sudden, she triggered a jackpot. On the screen, the woman saw the mind-blowing sum — $42 949 672.  Over-the-moon with joy, Catrine made a selfie with the slot screen in the background. One can only imagine the overwhelming happiness of the single mother of four!

Unfortunately, Catrine’s joy was short-lived. Her money prize – which, by the way, could’ve entered the history as the biggest jackpot ever won at an American casino – was cancelled. The S Resorts World Casino said that there had been a technical error, and the real payout due to Catrine was only $2.25. Also, the casino administration offered Catrine a steak dinner.

The devastated Catrine refused the dinner and filed a lawsuit. Supervised by the New York State Gaming Commission, the investigation established that the slot was defected and needed to be repaired. Catrine never saw her money.

On the last day of October of 1999, the spouses William and Sharon Jones were playing slots at Fitzgeralds casino. In one of the spins, the couple landed a lucky combo consisting of three black diamonds. The slot screen lit up with a 40,000-dollar payout. However, a few seconds later, the digits disappeared and the slot machine went back to its regular mode, as if nothing had happened. The payout was nowhere to be seen. The result of the last spin was cancelled.

According to the Jones, the surveillance cameras caught the moment the slot displayed the word “Jackpot” on the screen. However, the casino administration was unyielding, claiming that the slot was faulty.

William and Sharon turned to the Mississippi Gaming Commission but it was in vain. Rumor had it that the casino administration warned the couple that the casino was controlled by the mafia and persuaded them to give up the idea of taking court action.