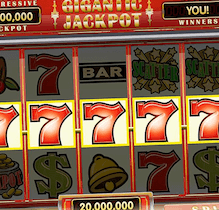 Despite their complex structure and clever protection features, modern slots still remain vulnerable to hacking. What is more, criminals succeed in hacking slots right at land-based casinos! Neither numerous surveillance cameras, nor security guards can prevent this. Smart and reckless, swindlers manage to beat the casino without leaving a trace and withdraw their money in a hassle-free way.

How It All Started

In the summer of 2014, the accountants at the Lumiere Place casino noted that some slots had been paying out big winnings over the course of several days. “Wait! What’s so strange about slots giving payouts to players?” – you may ask. Nothing, except for the fact that there were no jackpot hits on the slots in question during that period. The frequency of winning combinations was unchanged. Still, for some inexplicable reason, every large bet made by the players triggered a big win. As a result, the casino was suffering major losses for two days in a row. It was obvious that it had been more than just players’ luck.

After scrutinizing surveillance camera recordings, the casino security team detected a player who was landing win after win. The gambler played exclusively at slots produced by the Aristocrat Leisure brand. He preferred older models, completely ignoring new ones.

The only suspicious thing in the player’s behavior was the way he was pressing the Spin button. He was holding his hand over the button for a long time and then hit it abruptly. In two days, the mysterious gambler won 21,000 dollars.

Casinos share information on suspicious players, helping each other to identify dishonest clients. This is how Lumiere Place established the identity of the mysterious gambler. He was a 37-year-old Murat Bliev who came to the United States from St. Petersburg, Russia. Shortly after his triumphant casino wins, he returned to Russia. Then he traveled back to the US and continued to gamble. The casino found out that Bliev, before making a bet, was filming the game with his smartphone.

How The Hackers Handled

Hacking a slot is a very tough task. It’s a real rocket science. To be able to do that, hackers need to get free access to a real land-based slot and study it in and out. While in some countries it can be a major problem, in Russia you can do it easily. In 2009, the Russian government banned gambling nationwide. To get rid of slots, casinos started to sell them at ridiculous prices. This is how slot machines ended up in the hands of criminal groups.

Based in St. Petersburg, one of such groups managed to hack into slot machines. In 2011, casinos in the Eastern Europe started to suffer big losses. Their slots started to pay out unusually big winnings. The first blow was aimed at machines produced by Novomatic. Engineers from Novomatic tested the “flawed” slots but detected no bugs.

There was a hypothesis that the criminals were watching the play process for a long time to detect patterns in how winning combinations were forming. Later the hypothesis proved to be true.

The Russian hackers got unlimited access to slot machines and analyzed the operation of the pseudorandom number generator. As a result, not only did they decode the slot algorithms, but also learned to predict winning spins.

How Much Casinos Lost

A security specialist Darren Hawk found out that the St. Petersburg group included around 25 criminals who targeted the world’s largest casinos. That was a global scam. The swindlers cheated casinos in the USA, Europe, and Asia. It’s been estimated that a group of 4 criminals could make up to 250,000 dollars a week without raising suspicions.

How The Criminals Hacked Into Slots

This is how the Russian criminals handled. A swindler came to a casino, found the slot he need (older models, mostly), and filmed the gameplay on his smartphone. Then he sent the video file to his accomplices in St. Petersburg, who analyzed the video and identified the winning pattern.

Knowing all the models of pseudorandom number generators, the criminals had no trouble predicting the result of the next spin. To do that, they used a special equipment. The player was holding his hand over the Spin button, waiting for the signal from his teammates. The second he got the signal, he pressed the button.

Reaction Of The Gambling Community

Four criminals were simultaneously arrested across casinos in the US. Shortly after, other members of the criminal group were identified as well. To prevent further hacking incidents, the story was made known to all casinos and slot producers all over the world. However, no one can guarantee that a similar attack won’t happen again. This is the kind of problem that can’t be eliminated once and for all.

The thing is that hundreds of casinos all over the globe are still using older versions of slot machines. While these devices are fair and fully operational, their generators are known to criminals.

Upgrading a pool of slots is a very costly procedure for any casino, regardless of its profits. Obviously, the damage made by the Russian hackers was not big enough to force casinos to replace old slots with newer ones. As for slot producers, they’re not interested in changing the program code of their devices because it was written in strict compliance with the regulatory requirements and standards.

Although hackers from Russia have been lying low recently, there is always a possibility that a series of hacks will resume. At the moment, both casinos and software brands have chosen to ignore the problem.