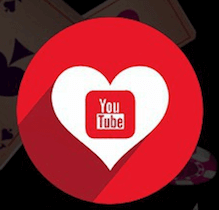 YouTube video hosting removes channels of users and entire companies without a single reason and warnings.

On Monday, July 30, the official channel of the Play Fortuna casino was removed - the only official page of the online casino in the expanses of this service, where novelties of online gambling sites were covered, drawings were held, new slot games announcements and premiers of new gaming platforms were held.

According to the operator, a wave of blocking began in early 2018, and affected users who developed channels in different segments, including iGaming. At the moment, pages of users with an audience of over 100,000 subscribers are blocked.

As a result, a special topic has appeared on the YouTube community forum, where channel owners can write appeals, and get at least the slightest chance of recovering their pages.

The reason for such a full-scale action against gambling channels, according to the representative of the Partner Earning company, remains a mystery, and I want to believe that this is not a simple bug of the video platform. After all, the number of creators who have lost direct contact with their audience is slowly, but confidently growing.

"Today, the owners of official pages on the YouTube should think about additional channels of communication with the user, but, unfortunately, the YouTube video platform in terms of convenience and coverage remains a leader," the company emphasized.

At the moment, Play Fortune has already created a new channel, however, according to its representative, YouTube can resume a series of locks than "violate its own rules, because the service has a special section of Casino Games."

Suggested Reading - Google will not advertise gambling in Italy