Yggdrasil Gaming earned $7.3 million in the second quarter of 2018 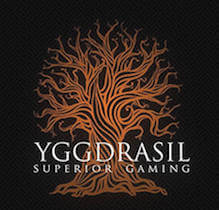 Yggdrasil Gaming is a provider that has established itself as a young and promising developer of software for online casinos. Although he appeared and gained popularity recently, his leading position is fully justified by the love of the players.

Yggdrasil Gaming reported on the second quarter of 2018. According to official data, the company's operating income rose 65% year-on-year to $7.3 million.

Between April and June, the supplier's operating revenue rose to $7.25 million, while operating income for the first half of the year was $13.5 million, which is an increase of 67% year-on-year.

EBITDA for the second quarter increased by 8% — to $1.8 million. According to the results of the first two quarterly reports, it increased by 15% - up to $3.3 million in total.

A bit of a brand history

The Swedish company Yggdrasil began its activities in 2013. This name was chosen in honor of Scandinavian mythology. Yggdrasil is a tree under which all living creatures and gods found protection. The tree is depicted on the developer's logo.

At the dawn of company’s work in the field of online gambling, this manufacturer operated in the field of software developing for lotteries on the network, but since March 2014 Yggdrasil started development of the slot machine games. Now on gaming sites that collaborate with this brand, you can find slot machines, lotteries and scratch cards.

2015 was the year of the release of the first slot of the Yggdrasil provider with a progressive jackpot of the manufacturer’s network - Joker Millions. In the same year, a player from Norway was able to rip off 720,000 euros in this game. Soon, the online casino software maker is signing an agreement with Hero Gaming, the corporation that owns the well-known gaming resources Casitabi and Casino Heroes. Next year, Yggdrasil begins cooperation with other well-known brands of the gaming industry: Bet365, Tain, William Hill, Bwin and others.

Yggdrasil has state licenses for its activities. Its content is constantly checked to identify inaccuracies in its work. The certified games of this developer guarantee the security of your data and money when you play them. The information of casino guests is protected thanks to 128-bit encryption and SSL certificates.

The developer staff consists of thirty people who are true professionals in their field and is located in the Maltese and Hybrid office.