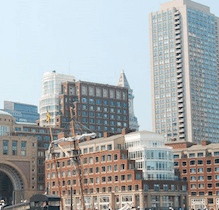 The CEO of the Wynn Resorts company announced plans to sell the Boston Harbor casino.

Matt Maddox, the new chief executive officer of Wynn Resorts, held informal negotiations about the possible sale of the company's facility in Boston. This information was provided to the source of The Business Times by a person indirectly related to the negotiations, who wished to remain incognito, while Michael Weaver, representative of Wynn Resorts, refused to comment.

The $2.4 billion Boston Harbor Casino is still under construction, but it is scheduled to open in 2019.

The Wynn company is going through a difficult year, as its founder Steve Wynne was accused of sexual harassment and eventually resigned in February this year, selling all his shares.

Regulators in several states investigated claims against the founder, and the chairman of the Massachusetts Gambling Commission Stephen Crosby said at a hearing last week that the license for activities in the state is under threat.

Suggested Reading - Leogrand Casino in Batumi will continue its work