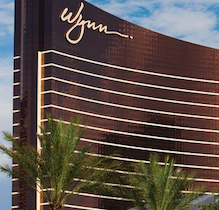 American casino operator Wynn Resorts Ltd filed a lawsuit in the state of Nevada, claiming that the promoters of the casino under construction, located next door to its flagship establishment in Las Vegas, are trying to confuse the public by copying the design of the building's facade.

The Associated Press reported that the lawsuit against Resorts World in Las Vegas - a casino project of the Malaysian Genting group - was filed in the US District Court.

Other news agencies, including the Las Vegas Review - Journal newspaper, clarify that Wynn Resorts is seeking punitive action because of damages caused by copyright infringement.

The company appealed to the court to oblige the respondent to “remove any materials or goods that violate the use of the trademark” from the Resorts World construction in Las Vegas.

Wynn Resorts is the parent company of the Macao casino operator. Wynn Macau Ltd. The brand is well known for the curved style of the bronze facades of its hotel and resort towers, and the current management of the company has expressed interest in taking the brand to a new level. However, the Wynn name was excluded from the company's project in Boston, Massachusetts, after accusations of sexual harassment against the founder, Steve Wynn. The entrepreneur left the post in the first quarter of this year.

It is alleged that during the trial, photos of several billion dollars’ worth of Genting design elements will be presented. The casino should start operating in 2020, according to previous statements of its promoters.