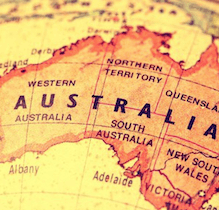 According to the Australian Communications and Media Authority (ACMA), the profits of unlicensed online gambling operators will decline by 50% this year.

According to the ACMA report, profits should fall from € 285 million to € 126 million due to amendments to the 2001 interactive gambling law (IGA). Changes were made in September 2017. As a result of the reforms, the authorities were able to take tough measures against illegal offshore operators and impose a fine on violators of up to € 5 million per day. As a result, unlicensed companies will be forced to leave the country.

“In recent years, we have taken a number of decisive steps to curb illegal offshore gambling in Australia. We made it clear that the position of Australian legislation is unequivocal. If you provide prohibited or unlicensed gambling services to customers in Australia, you are violating Australian law and we will be forced to take appropriate measures,” - said ACMA Chairman Nérida O’Louflin.

Earlier it was reported that Australian gambling operators had to increase advertising costs.