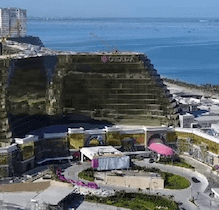 Representatives of Universal Entertainment Group announced their intention in 2019 to bring to the market the Tiger Resort, Leisure and Entertainment Inc. (TRLEI), owned by Okada Manila.

Universal believes that this step will help to accelerate the growth of TRLEI. Details will be disclosed when the process is completed.

According to the financial report for the first half of 2018, Universal's income increased to 172.5 billion yen ($1.6 billion), compared to 6.6 billion yen, received during the same period of 2017.

Universal said that it continues to improve service in Okada Manila, including an increase in the number of hotel rooms, retail space and new F & B facilities.

The company also plans to increase revenues from the mass market, expanding the non-gaming capabilities of the facility. It also plans to attract more VIP customers from other countries, strengthening international marketing, opening sales offices in other countries and working to improve the services of the resort.