The revenue of Greek online operators in 2018 was a record 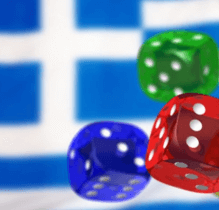 According to the new official statistics, online gambling operators in Greece bring much more revenue to the government's treasury than land gambling companies.

The data published this week shows that in the first 11 months of 2018, 15 operating Greek gambling operators received a gross income of €356 million, which is almost a third higher than the amount received in the same period of 2017.

In the first six months of 2018, the income from online gambling in Greece was €182.8 million. At the same time, the total amount over the next five months was €173.2 million. This suggests that the market continues to gain momentum after the end of the World Cup 2018.

Currently, the Greek online market is dominated by three operators led by Gambling Malta, the parent company of Stoiximan, which in the first 11 months of 2018 received the largest sales revenue in amount of €145.5 million (+ 7%). The local Bet365 website ranked second in terms of revenue - €135.2 million (+ 23%), while Sportingbet ranked third - €44.6 million.

Profit of online casinos contrasts markedly with the land sector of the casino in Greece, where for the nine months of 2018 nine licensed companies reported revenues of €222.8 million. Revenues from land-based casinos amount to €248 million compared to €253.5 million received in 2017 and €262.7 million in 2016.

Gambling on the Internet is becoming an important source of income for the state treasury. In the first 11 months of 2018, the government received €124.5 million from this sector compared to €70 million from land-based casinos. This trend continues for the second year in a row.