The project on Saipan is going right in the schedule, despite the shortage of labor 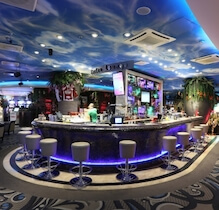 The management of the Imperial Pacific Resort has shared information that, despite the shortage of manpower on the construction site, the construction of a gambling establishment will be completed this year.

The number of workers at the construction site was discussed between the gambling regulator of the Commonwealth of the Northern Mariana Islands and the Imperial Pacific International (CNMI) LLC casino operator. The Commonwealth Gambling and Casino Commission has expressed concerns about the delays associated with a shortage of workers.

Such measures are necessary due to the fact that the date of putting the project into operation has been repeatedly postponed.

In the first phase of construction, it is planned to build a hotel with 329 rooms with different ratings (four and five stars), a casino gambling zone, as well as villas, restaurants, shops and a conference room.

The construction company started the project in 2017. Previously, a temporary entertainment center (Best Sunshine Live) was located on the territory.

Eric Pune, Vice-President of Imperial Pacific International (CNMI) - said that the work will be presumably completed before December 31, 2019.