The profit of Melco International increased by 154.1% 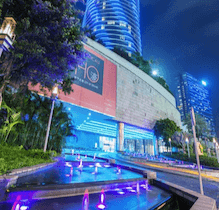 Melco International Development reported a three-fold increase in profits in the first half of 2018.

The revenue was HK$ 19.8 billion, showing a decline of 1.6% per annum. Representatives of Melco reported that, despite the positive results of gambling segment, this was offset by a higher commission. That, in accordance with the new reporting standards for revenue, is regarded as a decline in profits.

On the other hand, the adjusted EBITDA increased by 16.7% to 5.5 billion Hong Kong dollars.

"Our long-term growth strategy for Macau is still focused on the mass and premium-mass segments. We will continue to invest both in VIP and mass gaming and expand our portfolio to attract a wider audience of tourists with first-class non-gaming entertainment," - said Lawrence Ho, chairman and CEO of Melco International.

The company also plans to continue to expand beyond Macau through the development of City of Dreams Mediterranean in Cyprus.

The opening of City of Dreams Mediterranean is planned for 2021. This first integrated resort in Cyprus is preparing to become the largest in Europe.

The company will also increase its presence in Japan after the establishment of the Japanese branch - in 2017 and in the first half of 2018, Melco offices were opened in Tokyo and Osaka.

Recently Melco Resorts and Entertainment Ltd announced its intention to introduce a new system of the company's contribution to the trade union fund of Macau workers.