The politician outlined the advantages of building IRs in Japan 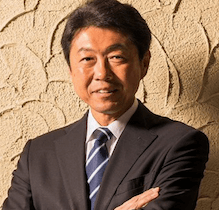 Few Japanese political leaders have tried to convince the general public regarding the benefits of implementing integrated resorts projects (IRs) in Japan, which will have casinos as well, but Hirofumi Kado, a deputy of the House of Representatives of the ruling party of Wakayama, is an exception.

In an interview published by Wakayama Shinpo, Kado shared his vision of this situation.

"How many people have seen the real integrated resort with their own eyes or were there personally? In fact, very few people understand what IR is. For many, this concept is arbitrarily overshadowed by the word "casino", and the concept of "gambling" simply causes concern about addiction and gambling problems," - Kado explained.

Kado also recalled that investment to support the local economy and infrastructure is not enough. It is here, in his opinion, that the IR can play an important role.

"Many say that Wakayama suffers from a shortage of jobs. I believe that IR will be an excellent solution to this problem. In addition, since investments of several hundred billion yen will be attracted to the implementation of new projects, we can expect record revenues to the local treasury in the form of tax deductions from gambling."

Prior to his election to the House of Representatives in 2012, Kado worked in the hotel business. He is a member of the faction of the ruling party of Nikia.

In the meantime, gambling operators are eagerly awaiting a license to build casino resorts in Japan.