The Pennsylvania state still issuing licences to a mini-casinos 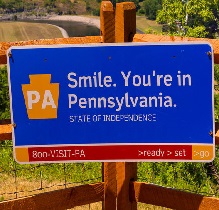 The Gaming Control Board of Pennsylvania continues the licensing process of a mini-casinos. The operators announced that they intend to equip a new area for gambling in the Westmoreland shopping center in Pennsylvania.

This week it will be known where exactly will be placed such  mini-casino. According to local press reports, Sen. Kim Ward R-Hempfield reported that Stadium Casino LLC, a Maryland company, bought a $ 40.1 million license in January to open one of 10 mini-casinos in Pennsylvania. The senator also noted that the information was confirmed by Stadium Casino LLC representatives.

Meanwhile, the authorities granted the company a deadline until July 27 to officially file the documents required to open a mini-casino in the state. According to Ward, Stadium Casino LLC this week will submit an application for consideration to the Pennsylvania Gambling Control Council in Harrisburg in order to elaborate on the plans for the opening of the casino, which is expected to bring $ 120 million to the Westmoreland County budget.

Five out of ten licenses have already been issued to operators in Pennsylvania. Penn-Northwest Development Corp. is one of them.

Note that in May the Pennsylvania government decided to legalize fantasy sports in the state.