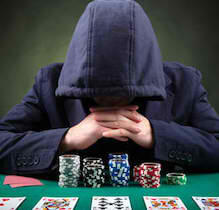 It was assumed that a number of changes in the Australian gambling was caused by a slowdown in economic growth in China. Industry representatives argued that Asian highrollers would no longer appear in the casino, which would lead to lower incomes.

A similar phenomenon was observed in Macau. Now, however, industry analysts point out that these fears are exaggerated.

Bets of Asian high rollers in Australian casinos remain unchanged. Casino shares in Macau have decreased by 15% over the past couple of weeks, as Chinese VIP players have stopped making high stakes.

Crown Resorts, The Star, SkyCity and other Australian casinos closely followed the results of Macau's gambling establishments to see if a similar trend was awaiting them. Chinese high rollers are regular source of income for casinos, which do not want to lose any of the VIP clients.

Nevertheless, analysts at Morgan Stanley note that, although concerns still remain relevant, there is no indication that the Australian casinos face the same problem as the gambling facilities of Macau. Recent discussions have led to the determination that current performance will remain unchanged for Australia.

When the Chinese government started fighting against gambling in 2016, the number of foreign high rollers in Australia was significantly reduced. However, since then, this industry has changed for the better. Crown Resorts showed a 55% growth in its last fiscal year. Star reported similar results, demonstrating that revenues from VIPs in casino increased by 54% over the previous year.

Suggested Reading - Tax revenues from gambling in Macau increased by 17%