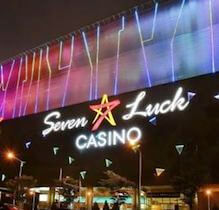 South Korean gambling operator Grand Korea Leisure Co Ltd (GKL) reported net income for the third quarter of 2018 in the amount of 26.37 billion KRW (~$23.3 million), which is 21% less than in the previous year. The company did not explain the possible causes of the fall.

Revenues for the three months until September 30th fell by 5.9% compared to the same period of the last year and amounted to slightly more than KRW 130.43 billion, the company said in a statement.

Operating profit for the reporting period amounted to approximately KRW 30.89 billion, which is 24.1% more compared to KRW 34.69 billion received a year earlier.

GKL is a subsidiary of the Korean travel agency, which is an affiliate of the Ministry of Culture, Sports and Tourism of South Korea. The company operates three foreign casinos in South Korea under the Seven Luck brand, two in the capital city of Seoul and one in the southern port city of Busan.

The company also announced information on casino revenues last month in the amount of KRW 36.10 billion, which is 10.7% less than it was received a year earlier.

The weird thing is that, the turnover of South Korean casinos for foreigners increased by 16%.