The large-scale gambling project will be launched in Greece 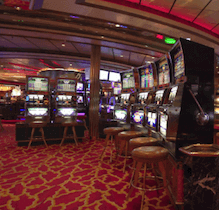 The Gambling Commission of Greece initiated an international project to create integrated resorts and casinos in the country. The initial plan covers the Athens (capital) and its central districts, as well as the territory of the former airport building.

It is reported that these plots of land will be considered for the construction of the ICRs. The project was named Hellinikon and is now in the process of privatization. Interested companies will have to sign an agreement with the city administration to implement the ICR. Before that, everyone will have the opportunity to visit the allotted territory and assess the opportunities. It is necessary to submit the project plan for approval by local authorities.

The selection of the ICR resident will be carried out through a tender. To begin with, Gambling Commission of Greece will hold a number of consultations with international experts. After that, the process of licensing of international companies will begin. The regulator will accept offers and feedback from all interested parties before the start of application for a casino license.

Greek authorities believe that over the next few years the ICR project will become an international business and financial center. Approximate volume of investments will reach about €8 billion.

Within the framework of the construction of an ICRs with an area of more than 600m², about 10,000 vacancies will be opened. Upon completion of the construction and full launch of the complex - 75 thousand vacancies. Hellinikon plan to make a landmark place not only in Greece, but throughout Europe.

On the territory of the complex will be placed hotels, casinos, restaurants, bars, spa salons, conference halls, themed attractions, territory for expositions, etc. The gambling area will be about 15 thousand m².

The ICR project is a serious step in the casino industry in Greece. Thus, the authorities want to boost the country's economy, attract major players from international markets. The regulator is aimed at long-term cooperation with licensees, so the selection of companies will be carried out with all rigor, taking into account the current legislation of Greece.