The income of Bloomberry in the second quarter decreased by 17% 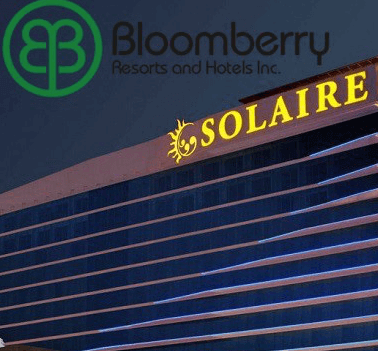 Bloomberry Resorts Corp - Philippine casino-investor in the second quarter faced a decline in a profit by 16.7% per annum. The company said that one of the reasons for the decline was the decrease in revenues from the company's activities in South Korea.

Consolidated net income of Bloomberry for the period from April to June jumped by 7.7% per annum — up to 10.6 billion Philippine pesos. The total gross in gambling profit amounted to 12.39 billion, which is 1.4% higher compared to the previous year. However, the company's revenues for April-June fell to almost 1.64 billion Philippine pesos ($30.9 million).

Bloomberry runs the Solaire Resort and Casino in Manila, the capital of the Philippines, as well as Jeju Sun Hotel and Casino, a casino-complex for foreigners located in Jeju, South Korea.

The South Korean market of inbound tourism has faced an obstacle in the form of political differences between the above-mentioned state and China. Difficulties arose due to the deployment in South Korea of the US anti-missile system THAAD, designed to counter the North Korean ballistic missile program.

Despite the fact that the total number of visitors to South Korea increased by 6.9% per annum (to 7.22 million) in the first half of 2018, the number of Chinese tourists decreased by 3.7%.

The gross gaming profit of Jeju Sun was 52.4 million Philippine pesos, which is 54% less than the previous year.

"The grand opening of Jeju Shinwa World in 2018 had a negative impact on other smaller businesses, including Jeju Sun", - noted representatives of the Bloomberry company.