The court trial between Medialive and Italy has been finished 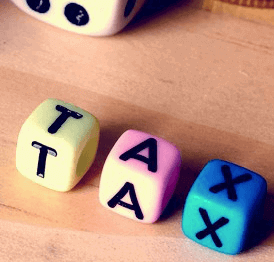 The trial between the licensed technology provider for live casino Medialive and government of Italy has been completed. The company pledged to pay €685 thousand to the state.

In November 2017, the Italian authorities launched Double Jack, an operation aimed at capturing representatives of a network of retail bookmakers offering online gambling through computer terminals. The fact is that the terminals were not connected to the monitoring systems of the Italian gambling regulator, and thus their income was not subject to taxation.

Among the persons detained in the raids of 2017 were two Medialive directors, Massimiliano Fullin and Fabio Veglianetti. Both claimed they were not involved in criminal activities and were released from custody. However, the accounts of the company, which had €8.4 million, were frozen.

Before Christmas, Medialive issued a press release stating that Angelo Pezzuti, the magistrate of the Florentine court, reduced the amount of funds to be arrested to €685,000, which, according to company representatives, were paid in full.

This decision of the judge is based on the fact that the tax rate collected from online gambling operations is significantly lower than the tax applied to gaming machines. The prosecutors of Florence did not dispute this fact due to an obvious miscalculation.

Massimiliano Fullin said that he always believed that the representatives of justice would sort things out and justice would triumph. As confirmation of his own rightness, he considers the fact that the size of the final fine was reduced to one tenth of the initial amount.

The company throughout the litigation denied any illegal activities, and its representatives claimed only a slight underpayment of taxes.

A spokesman for Medialive thanked regulators for gambling in Malta and the UK for not revoking their licenses after their arrest and thanked the company's Italian clients for their ability to “filter news appearing in the press and rely solely on the quality of services provided".

Suggested Reading - In Sweden, sanctions are imposed on the first violators of gambling legislation