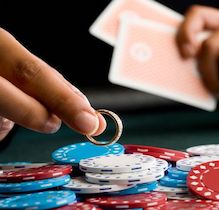 An enterprising gambler in Germany used the law of ban regarding online casinos in order to avoid paying a debt on a VISA account.

According to a report by the Anwalt German legal advisory firm, the Munich district court rejected the claim brought by Landesbank Berlin AG against a player who refused to pay the debt on his VISA bank card. It was accumulated as a result of playing in an online casino licensed by international bodies, but illegal in Germany.

Under normal circumstances, the bank had to recover the debt from the client, but the player was enterprising. He argued that the financial and credit organization had no right to demand payment due to the fact that gambling in an online casino in Germany is prohibited.

According to the case law of the Bundesgerichtshof (BGH, or the Federal Court), banks agree to fulfill the obligations of cardholders, but do not have special obligations for verification and control in connection with a transaction that performs the function of a cash reserve.