The ASA issued a warning to Gala Interactive 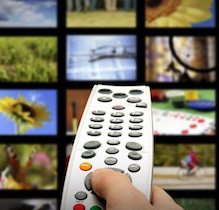 The Agency of the Standards of Advertising (ASA) of Great Britain, on September 12, issued a new warning to the Gala Interactive gambling company . Attention of the regulator was attracted by the marketing campaign of the operator.

The agency launched an investigation after May 5, Gala Interactive published a new advertisement on its website galaspins.com. According to the complaints, it implied that gambling included the opportunity to get some skill, rather than a chance to win money. Such content, according to the representatives of the agency, can not be attributed to the socially responsible.

The ASA said: the company did not recognize that in the context of this advertising it can be regarded as an appeal to play online games.

"In this context, there was an implicit appeal addressed to the audience. The company claimed that they can improve certain skills for gambling. Therefore, we came to the conclusion that the announcement was socially irresponsible and thus violated the CAP Code."

In May of the current year, two more companies received a warning from ASA for placing inappropriate advertising content.

Suggested Reading - Sands China Ltd. launched a fund to help the victims after the typhoon Hato