The American has won almost $300 thousand in online casino 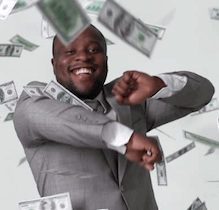 The US citizen won a record jackpot in the online casino of New Jersey. Her winnings were $287,945 - the largest in the history of interactive casinos in the state.

The woman told that she started playing online in January this year. She did this at work, when none of the colleagues and superiors saw. According to her, she was fond of playing slots. A record win was brought to her by a bet of $2.

This is not the first case of impressive luck. For example, in the winter of this year an unknown resident of Florida won a jackpot of $450 million. A lucky lottery ticket was bought in one of the 7-Eleven chain stores in Port Richey.

In the meantime, the NetEnt gambling software developer reported that in 2018, they already have paid to players jackpots totaling €16 million.