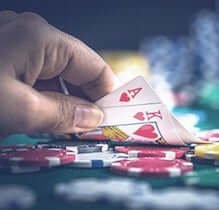 Last month, Finnish media reported an unusual incident: an unknown 16-year-old Finnish citizen discovered a software "gap" in one of the gambling sites.

However, the young user did not notify the operator about this, but canceled requests to withdraw the wins of other players and redirected funds to his own account.

Details of the case

According to YLE News, on Monday the teenager appeared in the district court of Häme, where he received 20 months probation. Teenager was lucky that at the time of the crimes between April and May 2017, he was underage.

Parents of the teenager could not escape punishment as well. On Monday, the father and mother of the teenager were sentenced to five months and 60 days probation for complicity in the crime.

All three defendants have the right to challenge the court's decision.