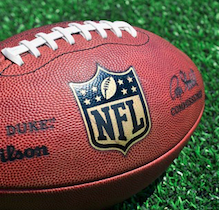 Swedish state operator, Svenska Spel, presented three films about match-fixing to tell the public how global this issue is. Representatives of the company said that they are joining the fight against this phenomenon.

The Swedish company has been working closely with Riksidrottsförbundet, the Swedish Sports Confederation, for many years. In addition, profile specialists, police, government officials, lottery inspectors, and the Ministry of Finance and Culture of Sweden joined the fight against match-fixing in the national program. This collaboration is complemented by an international exchange within the framework of GLMS (Global Lottery Monitoring System), which includes about 25 gambling companies from all continents.

“We have created three documentaries that allow us to look at the problem of the existence of match-fixing from different angles,” - commented Sofia Stenset, head of creative production at KIT, a company that made films with Svenska Spel.

“We urge other gambling companies to join the fight against this big problem, for example, by improving their products in the appropriate direction. Svenska Spel is one of the biggest sponsors of Swedish sports, and we will never give up the fight against match-fixing,” - Westenson added.

Earlier, representatives of Svenska Spel announced the beginning of preparations for the reorganization of the local gambling market. The program was launched on November 12th.