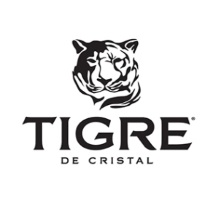 Summit Ascent Holdings Ltd, a leading developer of Tigre de Cristal casino in the Russian Primorye gambling zone, has announced a significant increase in the number of visitors. The investor also noted that local authorities contribute to the development of casinos.

“One of the main obstacles that we initially encountered was the casino’s non-perception of the Russian market. In the first year after the opening, we observed a shortage of guests from among the local population of Primorye. Therefore, they began to rely on foreign visitors. However, after three years of work, we note that a large part of our income comes from the local market, not the foreign segment,” - said Stylianos Cídetakis.

Summit Ascent reported a total revenue of $26.5 million in the first six months of 2018, which is 1.5% more than last year. The casino investor also announced net profit in the amount of 2.6 million Hong Kong dollars for the first half of the year. A year earlier, the company was at a loss.

“At first, we were faced with problems related to legislation and cooperation with federal authorities. At the moment, all differences have been settled, and the local government is very supportive of the company's initiatives. In addition, the maritime authorities have developed an understanding of the specifics of conducting such a business,” - added the CEO of Tigre de Cristal.

Investors managed to convince the regional administration of the need to form stable legislation for the development and prosperity of gambling and the economy of Primorsky Krai.