Slots of New Zealand will stop their work for one hour 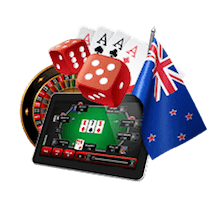 The work of gambling clubs in New Zealand will be stopped for one hour in the framework of the week of conscious gambling, which will be held from September 3 to 9, 2018. This was reported by local media.

More than 70 gambling clubs in the country agreed to participate in the "Pause of Slot Machines" initiative organized by the Problem Gambling Foundation (PGF), Mapu Maia (Pacific Advisory Service) and Asian Family Services in New Zealand.

"Its great to be able to work with gambling establishments to raise awareness about the harms caused by gambling, especially when it comes to slot machines," - said André Froude, director of communications at the Problem Gambling Foundation. - "A week of conscious gambling begins with a promotion in 15 clubs in Invercargill, which will suspend their work in the morning. In addition, there are some institutions that have expressed their interest to support the action by "stopping" the slot machines every day for an hour during the whole week. We hope that this action will allow players to think about the dangers of gambling, and, perhaps, someone even decides to ask for help in our service or help someone close to them."

Despite the fact that public participation in gambling in New Zealand a lot lower in compare to previous years, the level of gambling problem still exists.

Suggested Reading - Playtech confirmed a decrease in profits by 38%