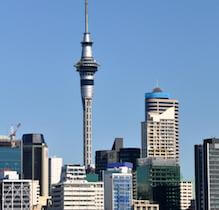 SkyCity Entertainment Group Ltd, registered on the New Zealand Stock Exchange and operating in the gambling markets of Australia and New Zealand, reported record in operating and net profit results for the fiscal year of 2017.

Five casinos of the group showed revenue growth year on year. The hotel casino in Hamilton grew 4.3% to $20.05 million. Two gambling sites in Queenstown showed a 57% increase to $1.55 million. Adelaide Casino increased its EBITDA by 13% to $22.5 million; Currently, the gambling facility, which value is estimated at $ 330 million, is under reconstruction.

The operator's business in Asia also showed positive dynamics, but the company has not yet published a report on this region for the past fiscal year. According to the semi-annual report, we can freely talk about restoring the company's position in the Asian market.