Shares of gambling operators in Las Vegas fall in price 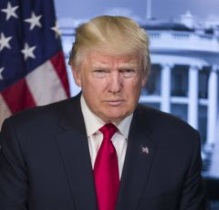 Over the past twelve months, the cumulative share value of most gambling companies in Las Vegas has fallen by more than 30% year on year.

The crisis is caused by investor unrest over the trade war between China and the United States.

According to a report published on Monday in the Las Vegas Review-Journal, the value of the US gaming industry in 2018 declined by about 33%. This is the worst performance of the local gambling industry since the Great Recession, which occurred 10 years ago.

Scientific Games Corporation shares are currently worth about 65% less than a year ago. Shares of the International Game Technology (IGT) (developer of slot machines) also fell in value, by about 43%, during 2018.

Thanks to a reduction in income tax on individuals and legal entities initiated by President Donald Trump, it was assumed that Wynn Resorts Limited and Las Vegas Sands Corporation could “save” $ 340 million and 526 million, respectively. However, after the administration of the US president imposed a duty on goods produced in China for about $ 34 billion, we should expect a retaliatory strike from Beijing. The trade war between countries led to a decline in aggregate growth in gross revenue from gambling in Macau, where both Wynn Resorts Limited and Las Vegas Sands Corporation manage large integrated casino resorts.

Currently, the stock value of Las Vegas Sands Corporation is 22% less than in January 2018. Shares of Wynn Resorts Limited fell in price by 41% year on year.