Sales of slot-machines in North America have grown 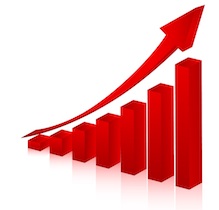 The total revenue of operators of gambling machines in the US and Canada increased by 15.7% in the second quarter of this year.

This was reported by Todd Eilers, head of Eilers & Krejcik Gaming, which specializes in servicing gaming equipment, technologies and interactive sectors of the gaming industry. In his opinion, the growth in performance is due to the opening of three new gambling establishments - Hard Rock and Ocean Resort in Atlantic City, as well as MGM Springfield in Massachusetts.

However, according to the report, by the results of the whole year the growth of slot sales may decrease to 6.1%.

"We expect that in the second half of the year in Canada and the state of Oregon, lottery terminals will regain popularity and continue to grow in 2019-2020. The reason is obsolete equipment in the casino: games that were purchased in 2012-2014 are gradually depreciating," - the head of the company said.

He also added that the traditional model of purchases in Canada is changing and should include more frequent replacement of game offers.

It was estimated that in the second quarter of this year, North America could offer about 430 table games. Until the end of the year, their number will be increased to 920 thanks to the opening of new facilities in Massachusetts, New Jersey, Florida, California and Wisconsin.