Romania plans to introduce a new tax on gambling business 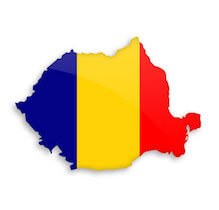 Shortly before the Christmas holidays, the Romanian government issued an emergency decree calling for tough tax increases in several industries, including a tax on banking assets, a 3% levy on mobile phone operators and a new tax on gambling operators. Changes officially entered into force on January 1st.

The tax on the turnover of gambling has received the tacit name fee for participation in gambling. Its size is 5% of turnover, while land-based casinos pay only 3%. In addition, there is a 16% tax that all operators pay with gross income from gambling.

On December 29, the government issued a revised decree, which somewhat softened these rules. The turnover tax on gambling has been reduced to 2%. However, the government intends to apply it retroactively to the results of the activities of gambling operators licensed in Romania in 2018. Companies will have to pay this one-time fee by February 25.

This is not the first time that the Romanian government levies a tax on past revenues to finance its budget needs. In 2015, when Romania liberalized its online gambling market, the authorities at the last moment demanded that all potential licensees pay taxes equal to 20% of the total revenue received from customers since 2009.

In the meantime, some operators have expressed a desire to leave the local market due to such innovations.