Resort in Manila will be focused on local customers 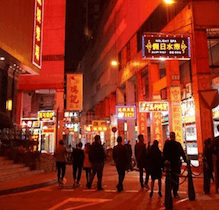 One of the leaders of the investing company of the casino resorts Landing International Development Ltd, Jay Lee said that the new facility, which the company intends to build in the capital of the Philippines, Manila, will be more focused on local customers.

According to the company, given the significant population of the Philippines, it is expected that 70% of the clients of the casino resort will be local residents. The remaining 30% - foreigners.

On August 7, a ceremony marking the beginning of work on the casino project was held. The company expects to start operating in the local market as early as 2022. Both temporary and ordinary licenses will be valid until July 11, 2033, and upon expiration of their validity period, PAGCOR will be able to update the standard license.

On Tuesday, Lee also confirmed that the project in Manila will be opened in stages, starting in 2022.

The cost of the Philippine casino & resort will be $1.5 billion. According to company representatives, it will be financed from domestic financial resources, as well as cash from activities and loans of Landing International.

The Philippine integrated casino-resort will be built on a plot of land with an area of 95,700 m2. David Hoon, senior vice president and chief financial officer of Landing International, said during a press conference that the total casino area will be 28,000 m2.

The program of the project will provide about 1500 hotel rooms under several brands, as well as to build an entertainment park, water park and a thematic film park. There will also be a 4000-seat conference center, a shopping center and several restaurants on site.

Lee also added that the chairman of the company met with the president on the issue of a license for a new casino, and also greeted foreign investors and established cooperation between the necessary departments in order to find a suitable site.