Problem of illegal gambling in Singapore 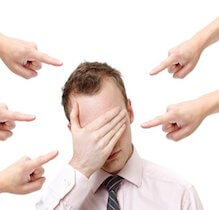 Strengthening regulation of gambling operators showed the first results - for the first time in Singapore a person was convicted for illegal gambling and mediation.

Singapore media reports that Or Poh Sung pleaded guilty to acting as an agent for unlicensed online gambling operators who took lottery and sports bets through six websites, including Peng888.com.

55-year-old Or was one of ten people arrested in 2016 as a result of the first police raid on illegal online operators since the first approved by government sites were launched. Six of these individuals, including Ora, were charged in November of last year in connection with violations of the OCA rules.

"Alternative" means of operators earnings can be a tacit answer to the government for tightening, as a result of which gambling revenues last year were record low.

Or, a former newspaper trader, recruited players to play on illegal gambling sites from 2013, earning 8-10% commission on his players' bets, plus 5% of any lottery prizes his customers won.

According to prosecutors, only one of the sites on which Or worked, processed a wager of $ 26.6 million over the past six months. As punishment, Or Poh Sun may be imprisoned for up to five years, pay a fine of $ 100,000, or both.