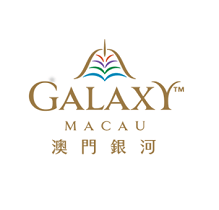 Louis Che Wu, President of Galaxy Entertainment, is confident that the project of his company in Boracay will be implemented, despite the persistence of the Philippine President Doutere regarding the ban on the construction of a gambling establishments on the island.

In an interview with CNBC, which took place on Monday, August 27, Che Wu reported: when Galaxy first pointed out its interest in investing in the island, there were some misconceptions and misunderstandings about the company's goals.

"When the Galaxy agreed with the Philippine government, our plans turned Boracay into a worlds famous island. In the implementation of the project, we are targeting densely populated areas, as in the Maldives, instead of large casinos, such as in Manila or in other areas with a high population," - said Che Wu. - We want to attract elite clients who can come and enjoy the game. By doing this, we can help the Philippines gain a new status."

According to the president of Galaxy Entertainment, the gaming segment at the planned site will not be large-scale. There will be several dozens of gambling tables.

Che Wu said that the company is waiting for a final decision from the government on how it plans to develop the island in the future, to subsequently follow this directive to achieve its goal.

Answering the question about plans to expand the Galaxy in Japan, Che Wu noted that the company will adhere to the same approach to the non-gaming sector as in Macau.

"We always said that we need to focus on the non-gaming segment. When we received the license of Macau, many journalists asked us about it. I told them that we are concentrating on both areas. Therefore, we plan to invest in Japan, and we will follow the same principle and work with good partners," - he concluded.

Meanwhile, the president of the Philippines does not plan to give up his position regarding gambling in Boracay.

Suggested Reading - Owner of the Landing International was arrested in airport