POGO will continue to stimulate the Philippine real estate sector 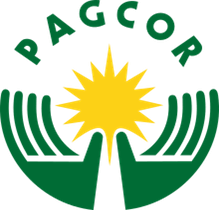 According to an analysis made by consulting company JLL Philippines, offshore gambling operators (POGO) will support the real estate market of the Philippines.

BusinessWorld news agency reported that head of JLL Philippines’s office, Christoph Višić, stressed that a significant part of the POGO’s investment was in China, which helped to offset the decline in the number of companies that outsource business processes in the country.

“We should not forget that investments from China are crucial for the country in all areas: housing, commercial, construction, infrastructure. Chinese investments are part of the Philippine GDP,” - said Višić.

The number of citizens from China who live in the Manila Bay area has been increased, and they are hired by offshore companies. This caused not only the demand for commercial premises, but also for residential properties.

However, according to Vishich, the dominance of foreign workers is associated with language problems: the Chinese speak English poorly, and in the Philippines, English and Filipino are equivalent and most common. He advised landlords to expand the tenant base, without focusing exclusively on POGO.

“If I were a landlord, I would not rely on working with POGO in the long term only because it can cause political differences due to the specifics of the gambling business,” - the expert added.

President of Anchor Land Holdings, Inc. Dina Elizabeth Ventura said that her company is working to enforce compliance with the rules of offshore tenants.

Gianlo Delos Reyes, head of research and consulting at JLL Philippines, said that prices in the Gulf area are growing and are now comparable to prices in other popular areas of the Manila metropolitan area - Makati and Tagig. In his opinion, this has a positive effect on the market, which has begun to expand and reach remote peripheral areas.

The POGO program, launched in 2016 by the Philippine Entertainment and Gambling Corporation (PAGCOR), is designed to promote the business of gambling companies whose customers are located outside the country.

Suggested Reading - Over the past 10 years, the turnover of the gambling market in Italy has doubled